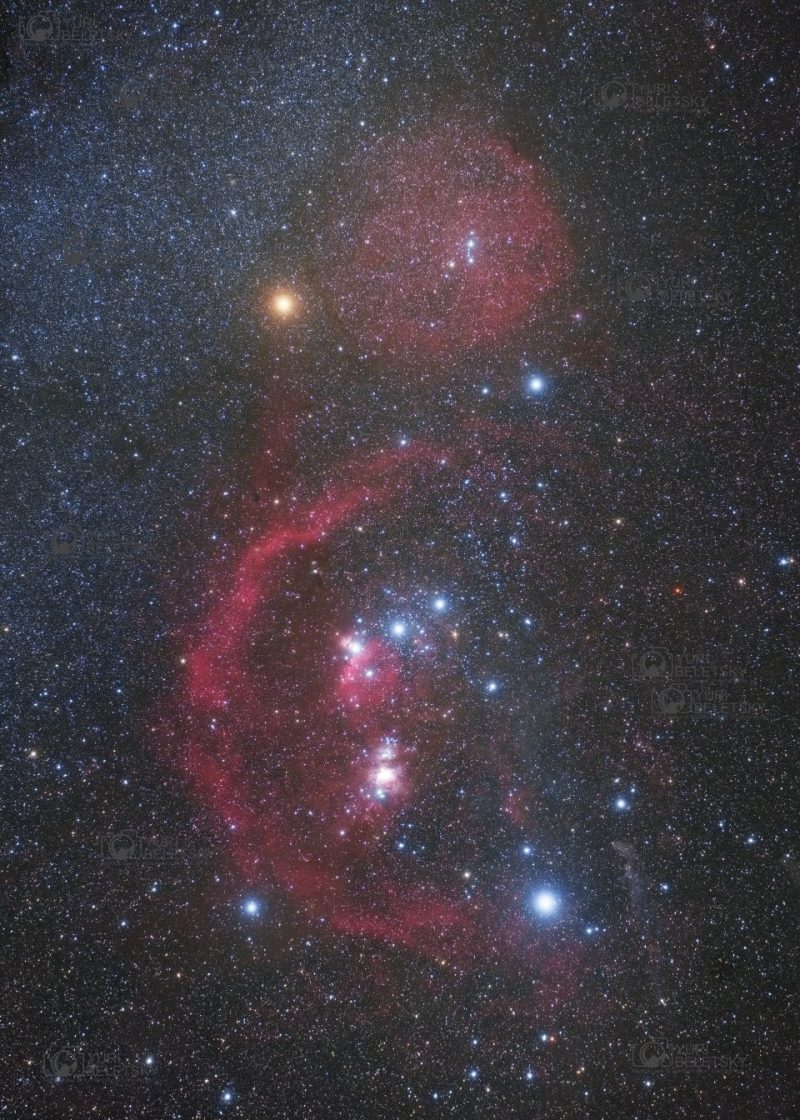 Long-exposure photo of the constellation Orion, one of the most interesting regions of the sky, via Yuri Beletsky Nightscapes.

Yuri Beletsky in Chile posted this beautiful image to his Facebook page on January 7, 2018. From his vantage point in the Southern Hemisphere, the constellation Orion appears high in the sky at this time of year. Yuri wrote:

Here the is famous Orion constellation which dominates summer night sky (here in the Southern Hemisphere). Lots of stars, lots of nebulae! This is one of the most colorful and exciting parts of the sky.

There are multiple features to be identified in Yuri’s photo, which spans nearly 25 degrees of sky. For example, the three medium-bright stars in a short straight row are called Altitak, Alnilam and Mintaka. They represent Orion’s Belt.

The two even-brighter stars above and below the Belt stars are Betelgeuse and Rigel.

Hanging from Orion’s Belt is a curved line of stars, pictured by the ancient stargazers as Orion’s Sword. The fuzzy object within the Sword is the Orion Nebula.

What about that big red loop around the Belt? It’s known as Barnard’s Loop.

An annotated image of this region of the sky was the Astronomy Picture of the Day for October 23, 2010. Go to that page, and hover on the photo, to see the annotations.

Bottom line: Long-exposure photo of the constellation Orion, one of the most interesting regions of the sky, via Yuri Beletsky Nightscapes.