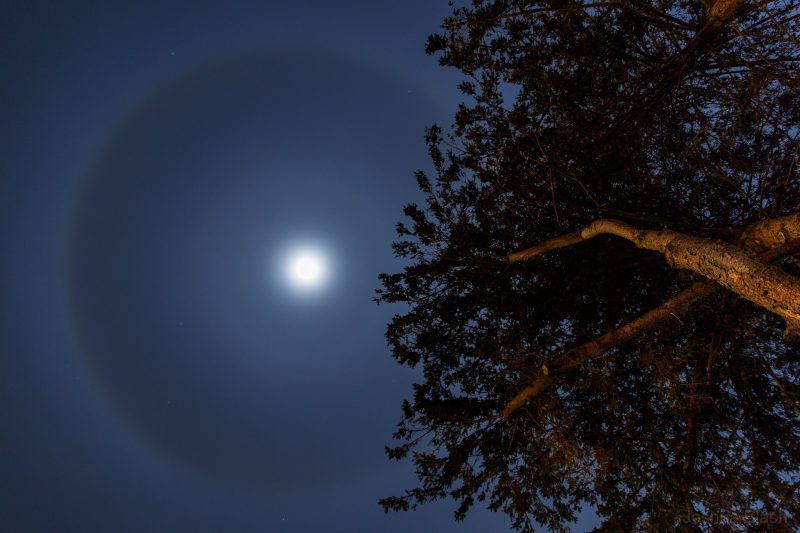 This photo – taken January 28, 2018, by Josh Blash in Hampton, New Hampshire – shows what’s called a halo around the moon. These sorts of halos are made by ice crystals in the upper air. In fact, there are two halos here, with the outer one being the common 22-degree halo, whose image we see several times each day in photos sent in by people around the world. The inner halo is more rare. We asked sky optics guru Les Cowley of the website Atmospheric Optics about the inner halo, and he said:

The inner ring looks like a diffuse 9-degree halo. This halo is formed by pyramidal ice crystals rather than the flat-ended prisms that make most halos.

The 9-degree halo is usually sharper. This one was probably generated by less-than-perfect crystals.

Pyramidal halos are fairly rare. Look out for them, but always shield the sun from both eyes. Mask it with a wall or tree.

Read more about 9-degree halo, and other halos made by pyramidal ice crystal, at Atmospheric Optics