Milky Way over the saguaros

A symbol of American West, set against a symbol of the vast universe, caught last week in Saguaro National Park. 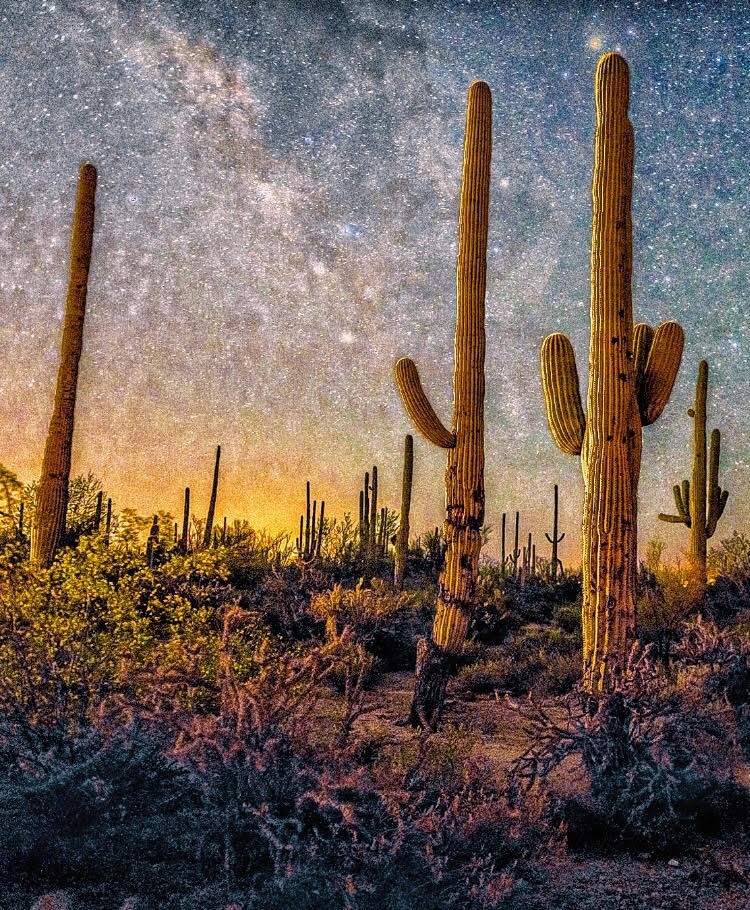 The bright reddish star in the upper right of this photo is Antares in the constellation Scorpius. You can make out the Scorpion’s curved tail behind the saguaros. Photo by Gary Peltz.

Gary Peltz captured the image above in Saguaro National Park – near Tucson, Arizona – at around 4 a.m. on the morning of April 11, 2018. He wrote:

We were out poking around the park looking for good foregrounds to go with the Milky Way in the West Section of Saguaro National Park. I think this one was the best. The cactus are illuminated from a vehicle’s headlights that lit things up just long enough to make it interesting, so I guess you can say I lucked out! The yellow glow is from light pollution of south Tucson.

Despite being portrayed in many illustrations and old movies about the American West, saguaros are found in a relatively small area. You’ll see these iconic cacti growing naturally only in the Sonoran Desert in Arizona, and also in parts of southern California, Baja California and half of the state of Sonora, Mexico. According to the National Park Service, the average saguaro has about five arms and is about 30 feet (9 meters) tall. Some live to be well over 200 years old. 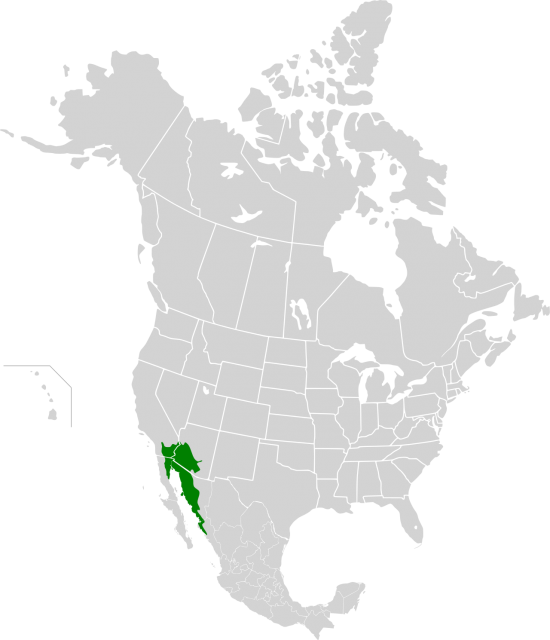 The Sonoran Desert, marked on this map in green, is the only place in the world where you’ll see saguaro cacti growing in nature. Image via Wikimedia Commons.