No one knows for sure what ancient culture drew this rock art. 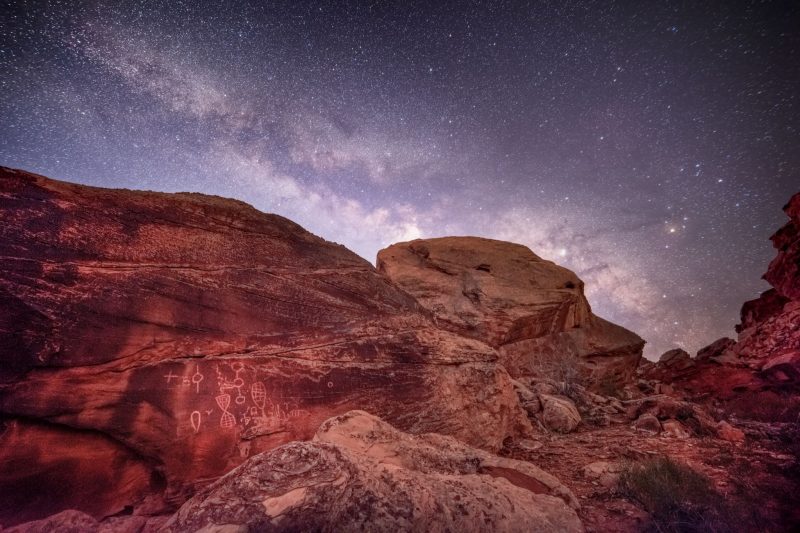 Marc Toso of AncientSkys captured this image on March 17, 2019, at Gold Butte National Monument in southeastern Nevada. It was early morning, just as dawn was beginning to break. He said he captured 20 sequential photos to create this composite image, and he wrote:

This image of the Milky Way and the rock art was taken just as true night ended, when the sun is less than 18 degrees below the eastern horizon. Hence the bluish sky, which is due to the phenomenon Rayleigh scattering, which is the scattering of sunlight via particles in the atmosphere. This does not occur during true night …

All illumination on the petroglyphs is a mixture of weak sunlight and starlight.

According to the website OutDoorProject.com, the history of the petroglyphs in this region is unknown. But it is known that:

Read more from Marc about this photo.