Meditating under the light of Jupiter

You might still catch Jupiter in the coming week, before Earth’s faster motion around the sun causes the giant planet to fall into the sunset glare. 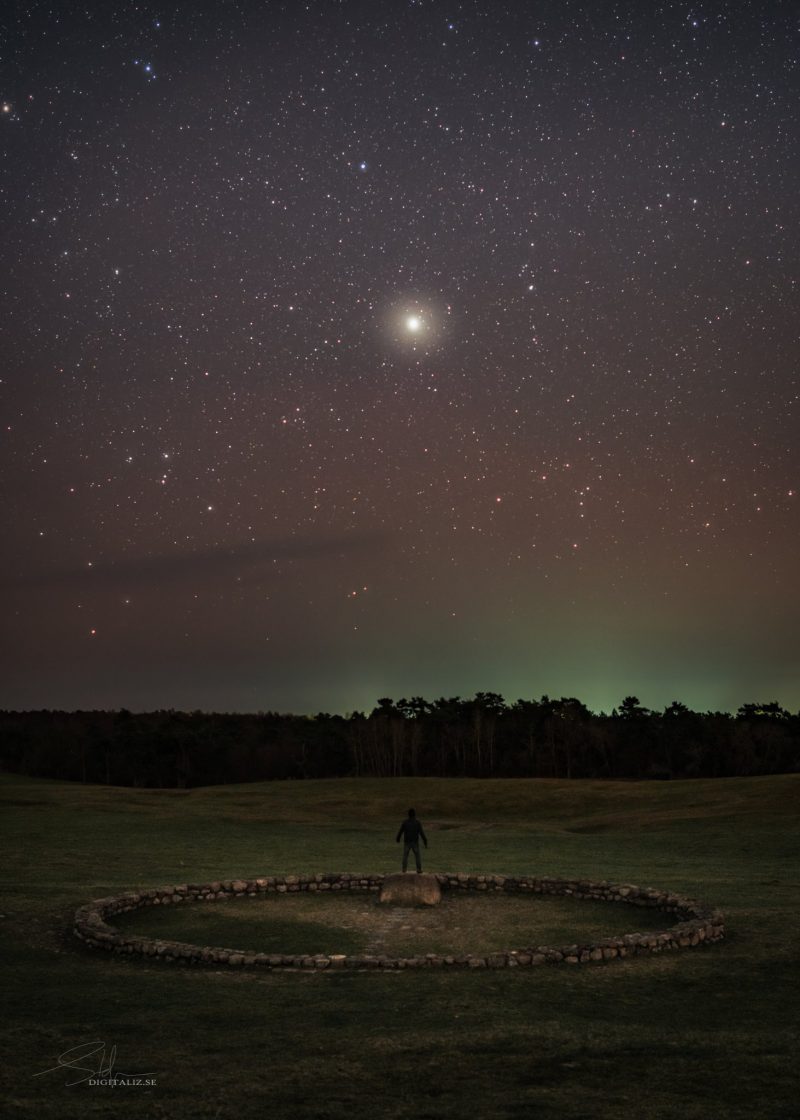 Jupiter is drifting into the sunset glare in late October and early November. It’ll be gone until the final days of 2018, moving behind the sun from our earthly vantage point. Stefan Nilsson caught Jupiter a few weeks ago, when it appeared higher in the western sky after sunset. He wrote:

Place of solitude – meditating under the light of Jupiter.

This is an outdoor meditation place located in Backåkra Naturreservat, Skåne, Sweden.

Want to see Jupiter? You might be able to glimpse it, with difficulty, in late October and early November. Here’s how to watch for Jupiter and Mercury.

Bottom line: Photo of Jupiter, taken from Sweden in October, 2018.