Northern Hemisphere skywatchers need to be south of about 20 degrees N. latitude to see the Large Magellanic Cloud. Aman Chokshi caught it from Neill Island, India, at about 10 degrees N. 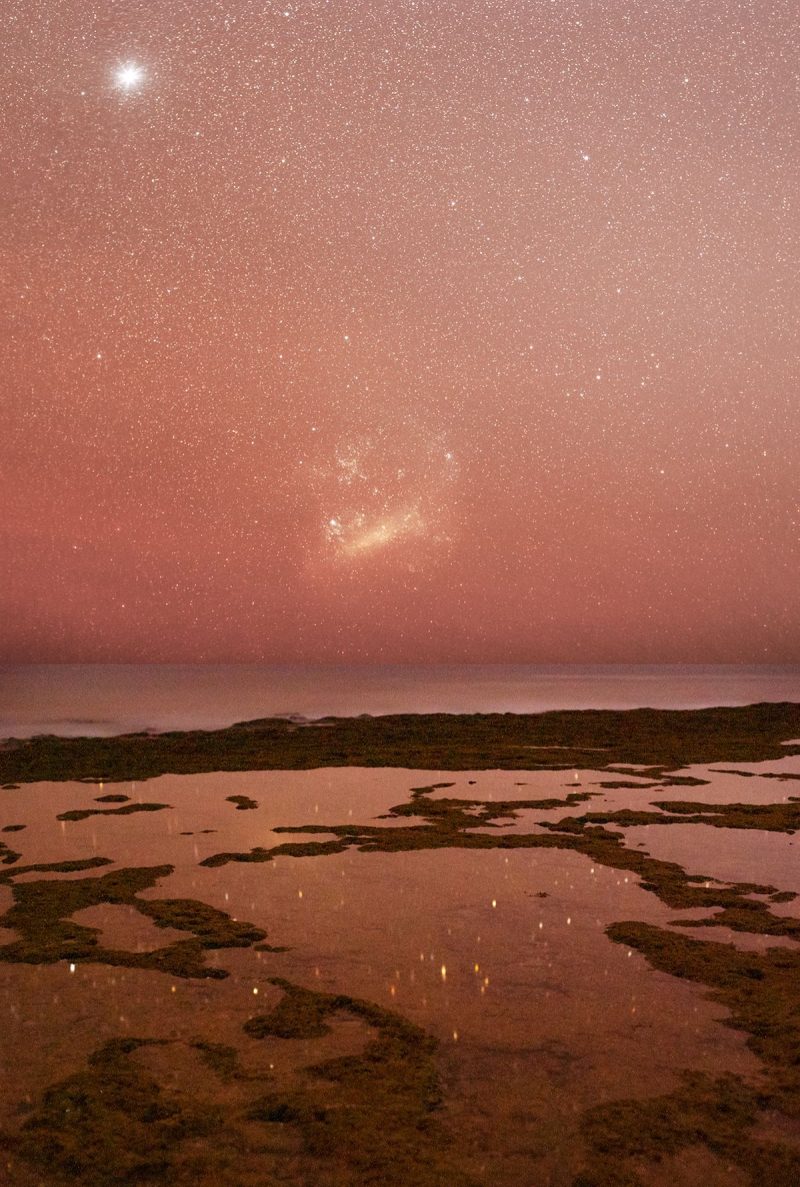 Aman Chokshi said he was walking along the coast of Neill Island, India, last month, when he noticed a faint bright patch along the horizon. He wrote:

The sky was lit with brilliant airglow, within which a bright density of stars. So thrilled to have shot this!

By the way, Aman also said:

I shot this using an old Canon film lens, 50mm f/1.4 stopped down to f/4. The sky is a stack of 90x8s images, while the foreground is a stack of 3x30s images. I manually aligned the reflected stars in the tide pools, in Photoshop. 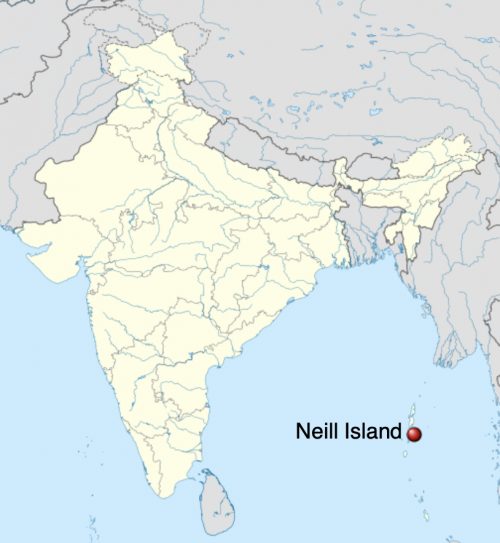 Neill Island, in the Indian Ocean. Map via Wikipedia.