The elongated tail of the dwarf galaxy Kiso 5649 – seen stretching away from the galaxy’s head and scattered with bright blue stars – contains at least 4 distinct star-forming regions. 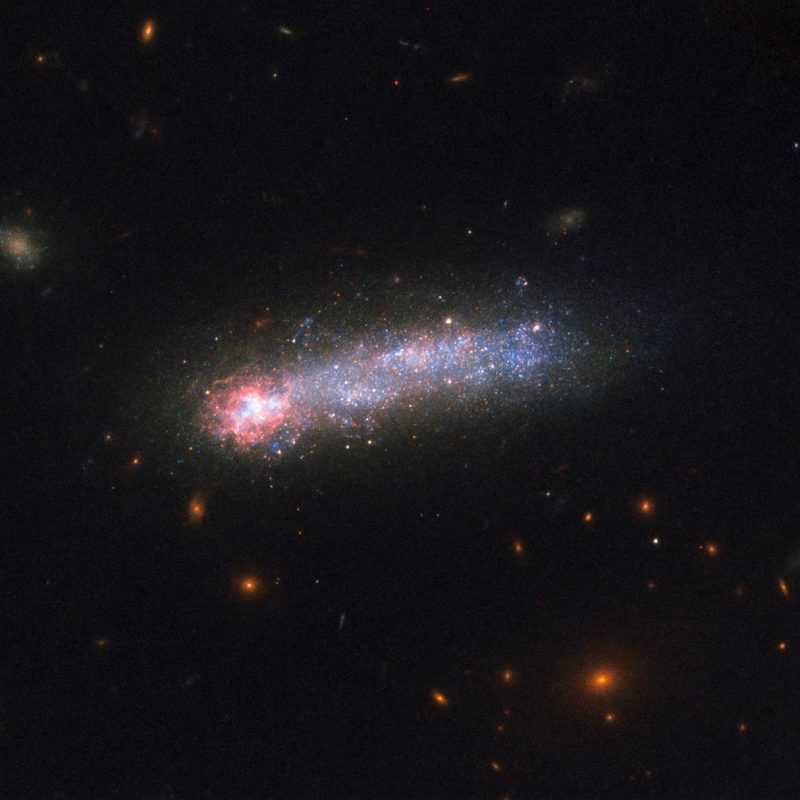 In this new image from the NASA/ESA Hubble Space Telescope – released January 2, 2018 – a firestorm of star birth is lighting up one end of the dwarf galaxy Kiso 5649 (aka LEDA 36252). ESA said:

The galaxy is a member of a class of galaxies called ‘tadpoles’ because of their bright heads and elongated tails. This galaxy resides relatively nearby, at a distance of 80 million light-years. Tadpoles are rare in the local universe but common in the distant universe, suggesting that many galaxies pass through a phase like this as they evolve.

Read more from ESA about this image.