At its discovery in January, this supernova was as bright as its whole galaxy! Now it’s fading. Astrophotographer Brian Ottum caught it Sunday night. 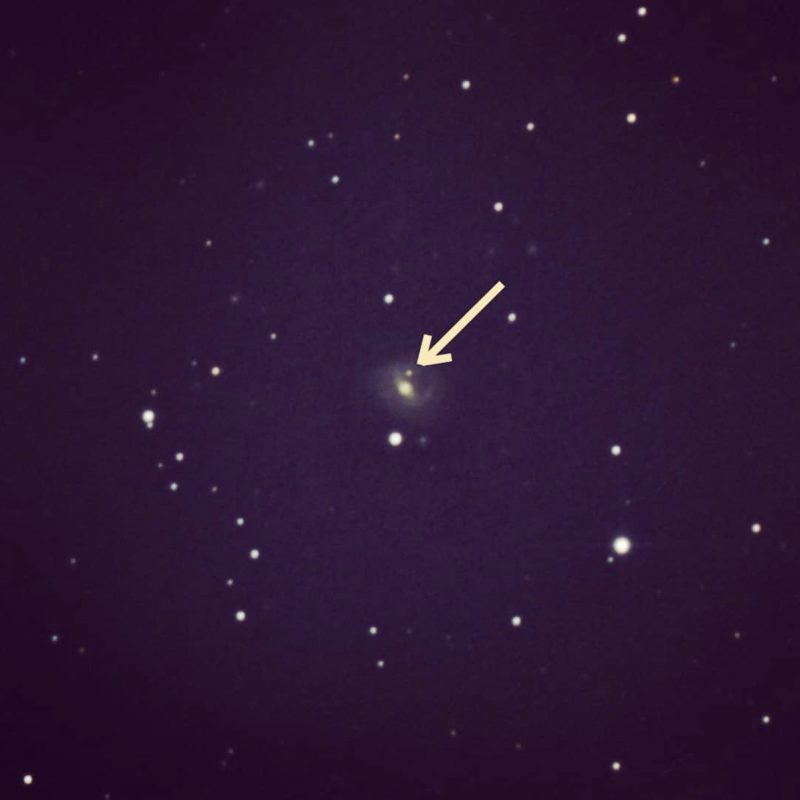 The arrow is pointing to SN2018iq, a supernova in a distant galaxy. See how bright this one exploding star is, in contrast to its galaxy? Photo taken February 25, 2018, by Brian Ottum.

Brian Ottum submitted this image to EarthSky this week. It’s SN2018iq – a supernova in the distant galaxy NGC 2746. The supernova was discovered on January 19, 2018. It was brighter then, but now it’s fading. Brian wrote on his Instagram page:

… a supernova, where a white dwarf star sucks material from its larger companion star until it explodes. At the the time of discovery, this supernova was as bright as its entire galaxy, over 100 billion stars! As you can see, it has faded slightly, though still obviously as bright as maybe 20 billion stars. Will disappear in a couple months.

I took this on February 25, despite a very bright moon close by.

This supernova is well-placed for us in the Northern Hemisphere, above Ursa Major. There are also at least two other active and visible supernovae right now in Ursa Major or nearby!

Thank you, Brian! By the way, the coordinates of the supernova are right ascension 09h05m50s; declination +35°22′. You’ll find a chart showing its location here.