Many people recognize the Big Dipper in the northern sky. Here are 10 deep-sky Messier objects – 8 galaxies, a planetary nebula, and a double star – in and around the Big Dipper. 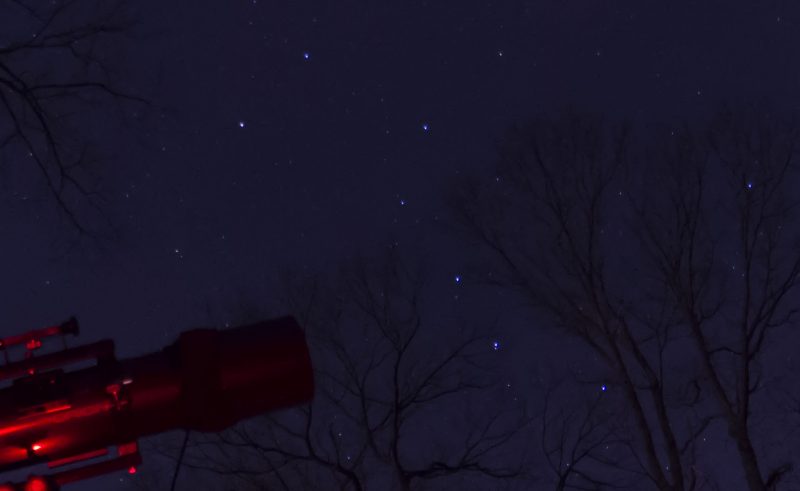 View larger. | The Big Dipper captured in April 2017 by Kurt Zeppetello. If you look closely at the second star of the handle, Mizar, you can see a smaller companion star, Alcor.

The Big Dipper is an asterism – a group of stars that form a recognizable pattern – made up of the seven brightest stars of constellation Ursa Major. It is one of the most popular asterisms in the Northern Hemisphere and has many astronomical features in its realm that most people aren’t aware of … including me, until recently.

There are 10 deep-sky objects – Messier objects – associated within this region. Late winter to spring is an excellent time to image or observe the Big Dipper and its associated objects, as it’s high overhead around midnight.

Eight of the ten Messier objects associated with the Big Dipper are galaxies, one is a planetary nebula, and one is a double star.

The photos below were captured with my modest equipment which consists of an 80mm refractor (Orion ED80) and a DSLR camera (Canon Rebel T3i – modified). 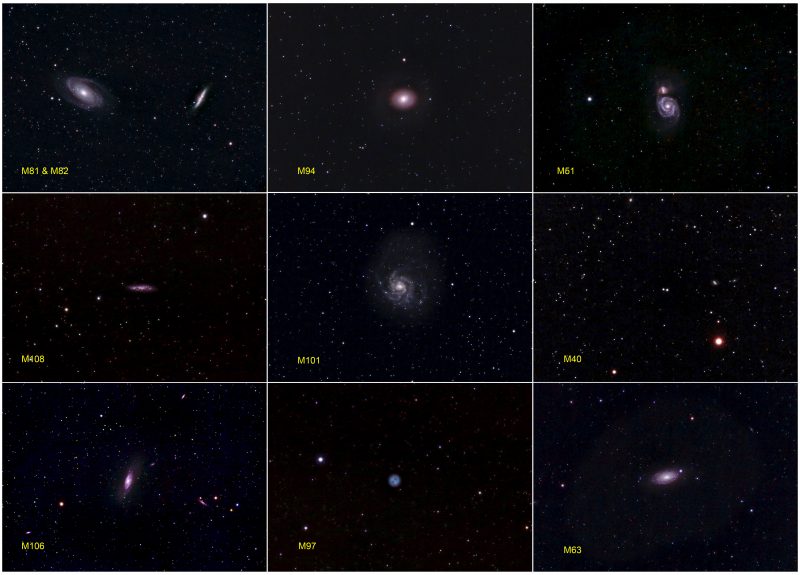 View larger. | Messier objects – visible in telesopes – in and around the Big Dipper of Ursa Major. All photos taken in spring 2017 by Kurt Zeppetello.