The Big Dipper is low in the sky in the evening hours at this time of year. But you can see it after midnight. Janet Aviles caught it earlier this week, ascending in the northeast. 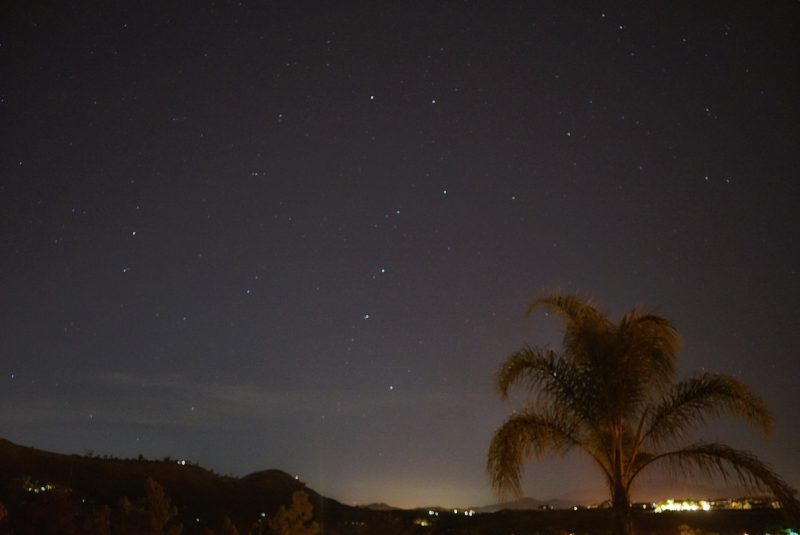 The Big Dipper is low in the sky in the evening hours at this time of year. Janet Aviles caught it not long after midnight, when it can help you find the radiant point of this week’s Ursid meteor shower. Or you can just appreciate the Big Dipper all on its own, as Janet did. She wrote:

I have the most amazing views from the current home I am in. My balcony view faces east. I have, in the past year or so, learned to appreciate the sunrise, moonrise, caught Orion’s Belt, and now I believe I have the Big Dipper (off to the northeast). Having grown up in the city of Chicago, I didn’t appreciate or respect just how much the sky has to offer. We are just small entities in such a huge space! I love it.

By the way, Janet’s home in California is not far from where the wildfires have been raging, although she said:

The sky is pretty clear in my area now. We did have a 300-acre fire on the hills right in the same direction as the palm tree, last week. The winds were strong and blew in all directions. This works in favor of people like myself, when the wind changes the direction of the fire, but unfortunately not everything else as it expands the fire.

One of Janet’s photos of that earlier fire is below: 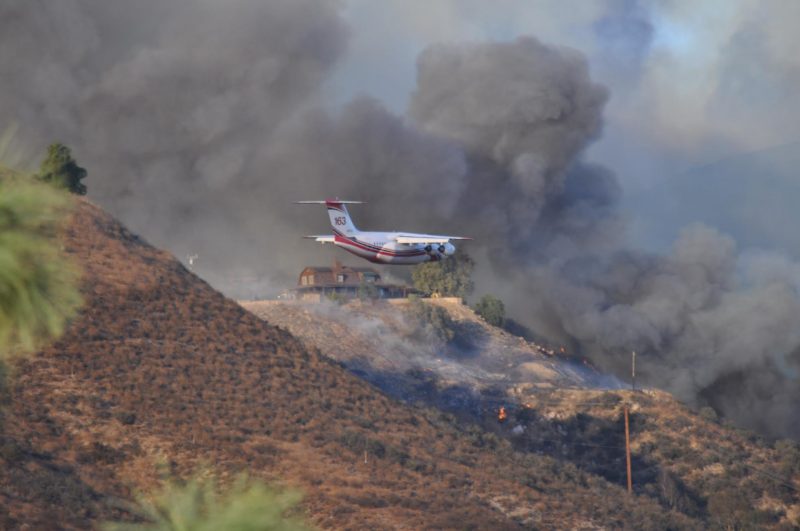