Seeing animal shapes in clouds – or the northern lights – is what’s called pareidolia. 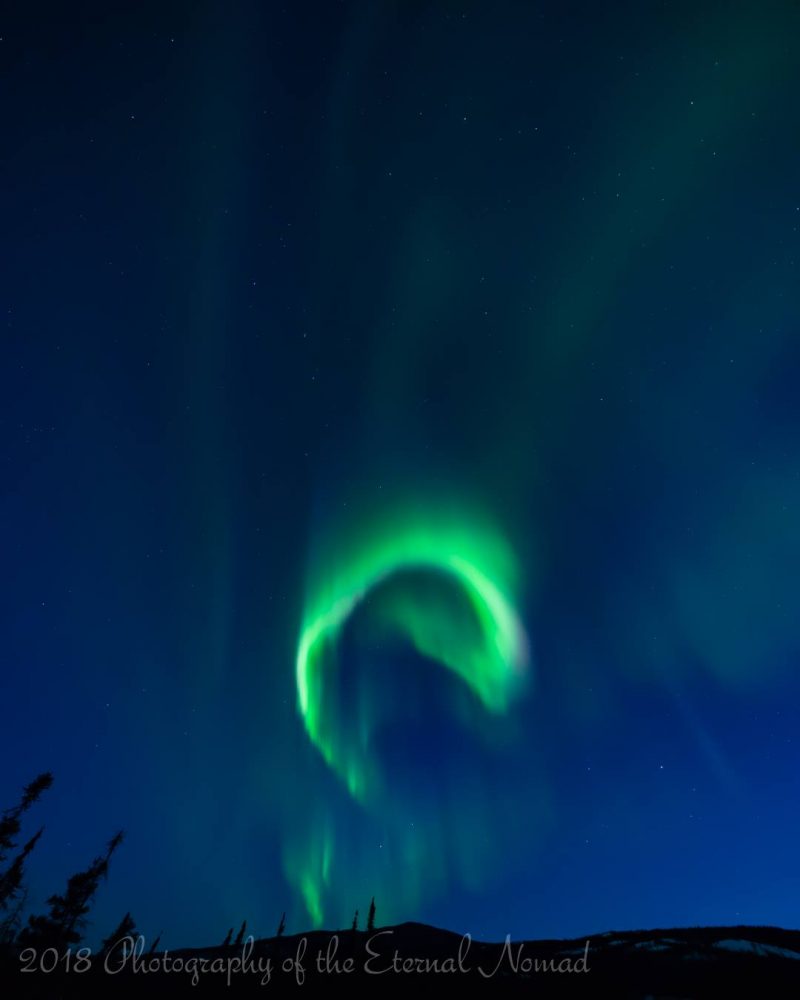 Aurora dolphin, from Photography of the Eternal Nomad.

Photography of the Eternal Nomad posted this photo to EarthSky Facebook on April 9, 2018. It’s from late March, when he was just returning from remote Livengood, Alaska – population was 13 at the 2010 census – where, he said, he caught some magnificent auroral displays. He wrote:

As far as send offs go, I don’t think it could have been much better. Fell asleep to nothing special but when I woke up to pack my gear, it was really starting to flare. Had to hurry to swap batteries and memory cards but was able to catch this …

Eternal Nomad also caught the video below that morning. Enjoy!

Bottom line: Northern lights, or aurora, in the shape of a dolphin.

See more photos: Animal shapes in clouds, and other pareidolia