Jarred Donkersley captured this meteor on August 5 around midnight, from Cathedral Rock in Sedona, Arizona, with a nearly full moon in the sky. 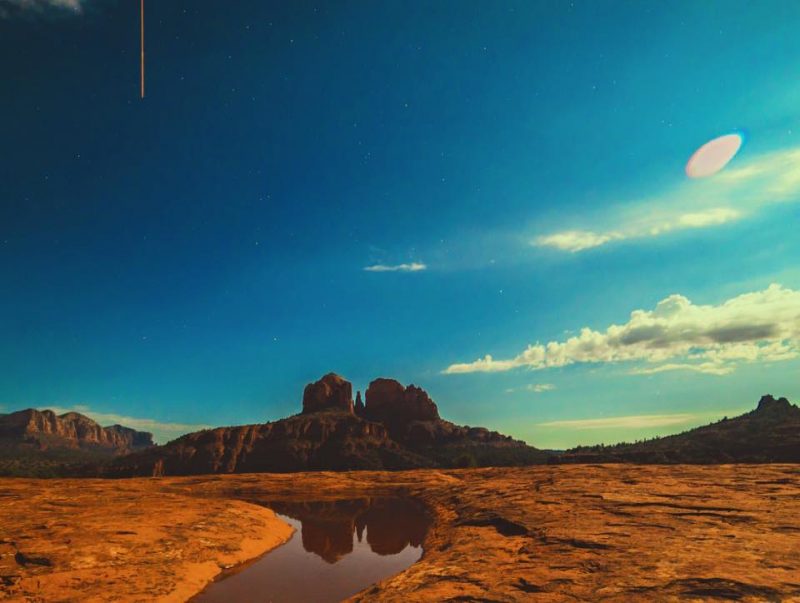 The 2017 Perseid meteor shower – typically a good, steady annual meteor shower for both the Northern and Southern Hemispheres – is peaking this weekend. The best hours to watch, between midnight and dawn, are hindered by a bright moon. So you won’t see as many Perseid meteors in 2017. But you can still see and photograph bright meteors in the moonlight, as this photo by Jarred Donkersley shows! He wrote:

I was in the middle of a long exposure, just chatting with some friends. We noticed a flash and looked up to see this long burner that began to break apart, just at the end. I checked the preview on my camera after it finished processing and success!!