Our sun for one year

Composite image of a year of activity on our solar system’s star, the sun. 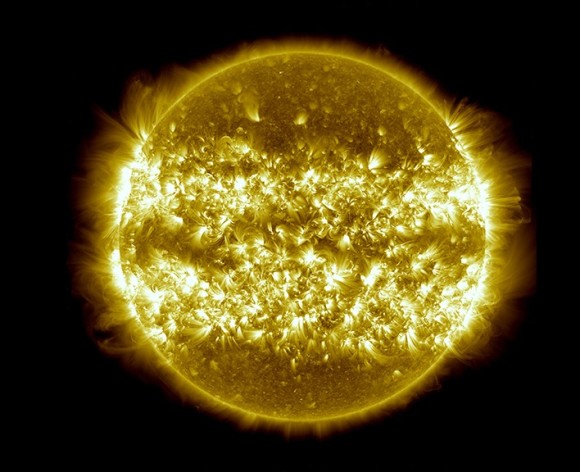 In the spring of 2010, NASA’s Solar Dynamics Observatory, or SDO, provided its first views of the sun. Since then the spacecraft has had virtually unbroken coverage of our star, capturing one image every 12 seconds in 10 different wavelengths.

This is a composite of 25 SDO images taken from April 2012 to April 2013. Bright regions indicate solar activity, common near the equator.

Watch a video of 1,000 days of the sun in three minutes

Find out more about this image from NASA