The Orionid meteor shower peaked on the morning of Tuesday, October 21, 2014. But you might still see meteors in this annual shower. 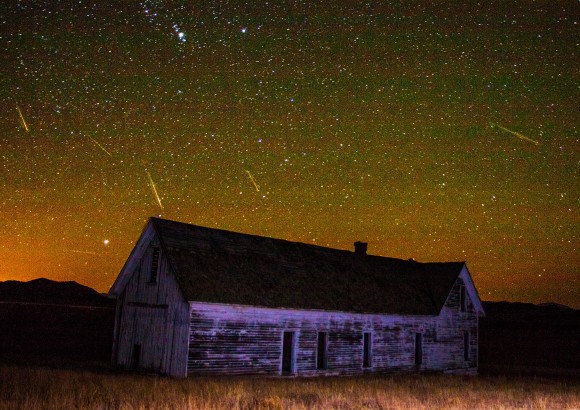 Joe Randall created this composite shot of the Orionid meteor shower from images taken on October 21, 2014. Thanks, Joe!

The peak of the annual Orionid meteor shower has now passed, but you might see some meteors still from this shower if you’re looking in a dark country sky. That’s because Earth is still moving through the orbit of Comet Halley, which last returned near Earth in 1986 and which is due to return again in 2061. This comet spawned this annual meteor shower by leaving bits of dusty debris behind in its orbit. Each year when we intersect the orbit of Comet Halley, we see the Orionid meteor shower!

Thanks to all who posted photos of this year’s shower at EarthSky Facebook! 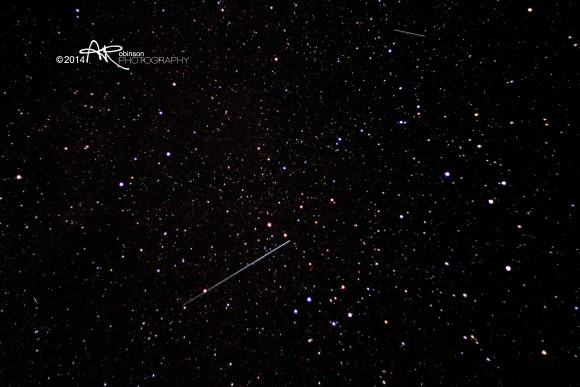 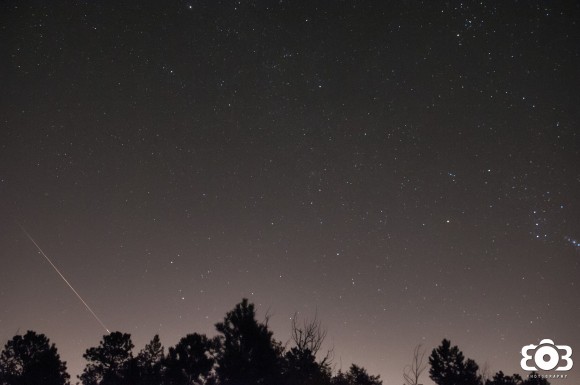 Brian Brace wrote, “Almost slept in last night, but I’m glad I didn’t. Found a nice spot in Genesse that’s only 25 minutes away from Denver, Colorado where I live. Didn’t want to go too far so I thought this was ideal for a couple hours of stargazing after hearing about the start of Orionid meteor shower. As I turned off I 70, I knew this was going to be a good place after seeing how dark everything was, Around the first hairpin turn there was this perfect turn off that faced the dark eastern sky. There was some light pollution from Denver, but not much, After a few hours into our adventure we only witnessed a few meteors flying by. But right before i took the camera down this huge fireball looking meteor streamed across the northeastern sky. That one meteor made the whole night worth it.” Thank you, Brian!