Eliot Herman had 2 things working against him when he caught this photo. The moon was bright, and it was the night after the shower’s peak. But the result is beautiful. 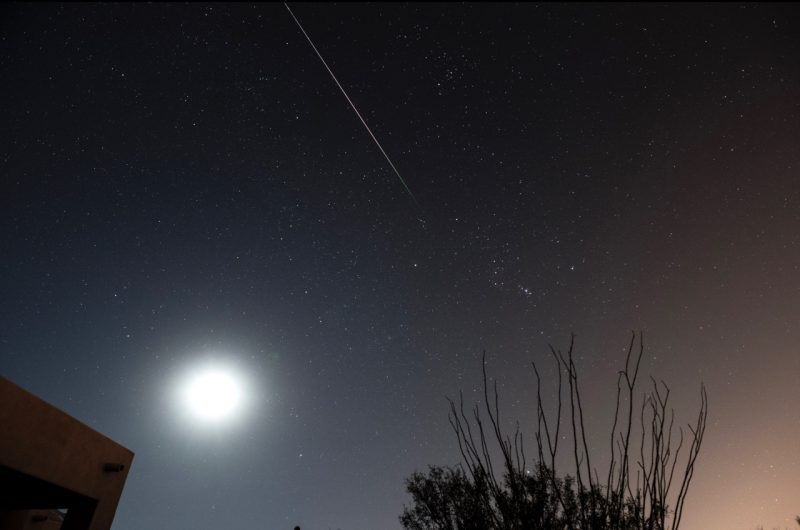 The Orionid meteor shower peaked last week, in the light of a bright moon. This photo by Eliot Herman in Tucson – which he captured a day after the shower’s peak – shows it’s possible to see and photograph bright meteors even in moonlight. Thanks for submitting, Eliot!

That’s good, because – although there are several major meteor showers coming up between now and the end of the year – they all have to contend with some amount of moonlight. Check out EarthSky’s meteor guide for 2016.

The moon is waning now, and do be aware that there’s another long-lasting shower going on now, which is known to produce a large number of fireballs, or exceptionally bright meteors. Keep an eye out for Taurid meteors.