Omega sunsets happen in places where Earth’s land or ocean surface is covered by a layer of hot, low-density air. 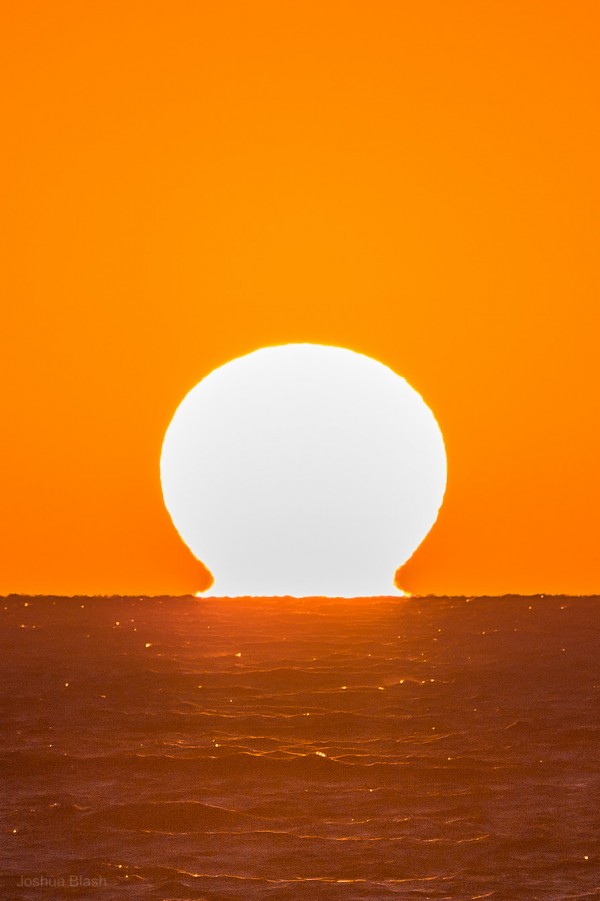 Photo by by Josh Blash. Visit Josh on Facebook.

As the sun descends a second sun rises from the water. Eventually the two join at a red hued vertically stretched ‘stem.’ Jules Verne likened this appearance to an Etruscan vase. The stem shortens and thickens until the two suns appear like a Greek letter omega …

The lower sun is not a reflection from the water. It is an ‘inferior mirage’, so named not from any poverty in appearance but because the miraged sun is below the ‘real’ one. The lower sun is an inverted image produced by refraction by a layer of warmer and less dense air close to the ocean surface. The discus shape is a combination of the upper limb of the erect sun and an inverted image of it beneath.

Our thanks to Les and to Josh, who pointed out that Carl Sagan once said:

It does no harm to the romance of the sunset to know a little bit about it.

Click here for a more detailed explanation of Omega sunsets