Omega Centauri, a ghost galaxy, from a ghost town 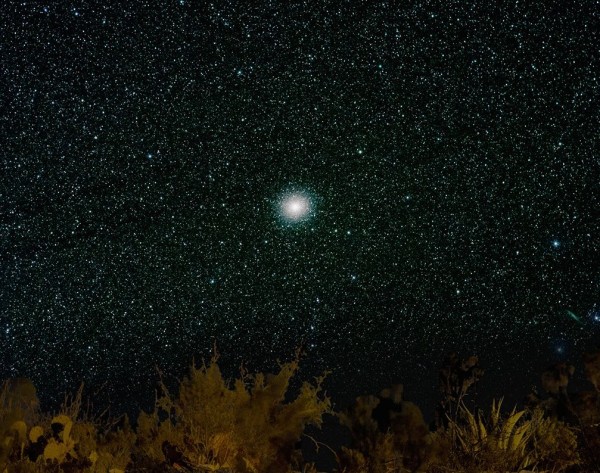 The globular star cluster Omega Centauri is a sought-after target for astrophotographers, visible only from southerly latitudes, for example, at the latitude of South Texas. That’s where Rob Pettengill captured this photo last month, in a little town – often called a ghost town – near Big Bend National Park. He wrote:

You don’t need a telescope to capture the ghost of another galaxy. The Terlingua, Texas, ghost town is the perfect spot to image Omega Centauri, a globular cluster believed to be the remains of another galaxy captured by the Milky Way long ago.

It’s the largest globular cluster known in the Milky way, about 15,800 light years away.

The edge-on galaxy in the lower right is NGC 4945, about 13 million light years away.

I found a spot down in the gully behind our cabin for this POV.