AR 2192 was the largest sunspot in 24 years. The sun’s rotation carried it out of view, but now it’s back, renamed, and is still producing solar flares. 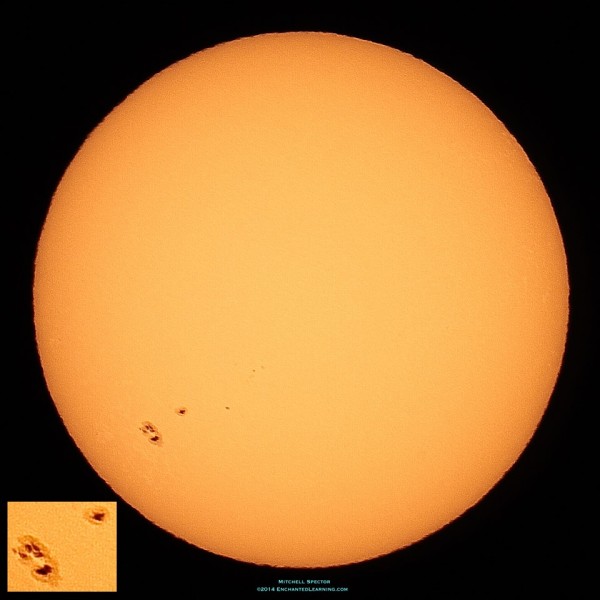 Remember AR 2192, the sunspot that produced six X-flares and caused several R1-R3 radio blackouts in late October? It also pretty much stole the show during the partial solar eclipse on October 23. It was the largest sunspot in 24 years, as wide as our solar system’s largest planet Jupiter! The sun’s rotation carried it out of view from Earth earlier this month, but now it’s back again. It appeared over the edge of the sun – visible to our view once more – on November 13, 2014. This time around, it’s about one-third of its previous size. Now it called AR 2209.

And, once again, this region on the sun is active. It has produced a series of increasingly intense M-class solar flares, culminating in an M5.7-class flare, which peaked at 11:48 p.m. CST on November 16 (0548 UTC on November 17). 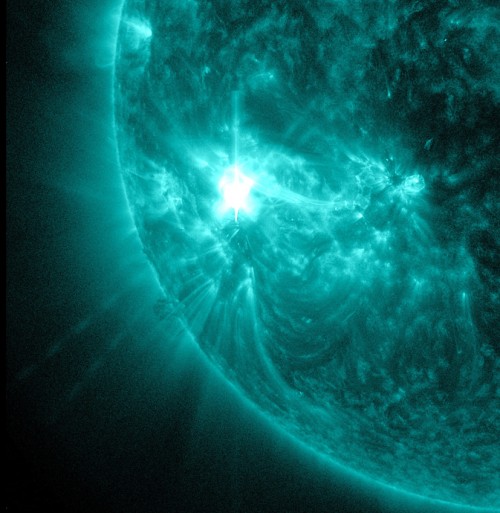 Although not quite as impressive in size, it is still a large region with a complex magnetic structure, and is capable of producing even more X-ray flare activity. It has already produced two M-class flares (R1-Minor radio blackouts), and has only been on the Earth-side of the sun for a couple of days. And, unlike its previous transit, it appears to have coronal mass ejections (CMEs) associated with some of its flare activity.

This could mean an increased probability for elevated geomagnetic storming [ed.note: beautiful auroras!]. Forecasters will be monitoring this region closely over the next week and a half as it makes its way across the visible disk. 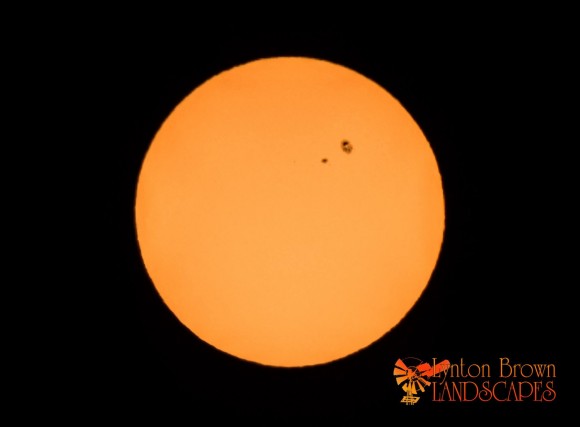