As seen from North America – and westernmost Europe and Africa – moon swept in front of bright star Aldebaran last night. Photos from the EarthSky community here.

Our thanks to all who submitted, or posted at EarthSky Facebook, or EarthSky Photos on G+!

The video below is from Greg Hogan in Kathleen, Georgia. 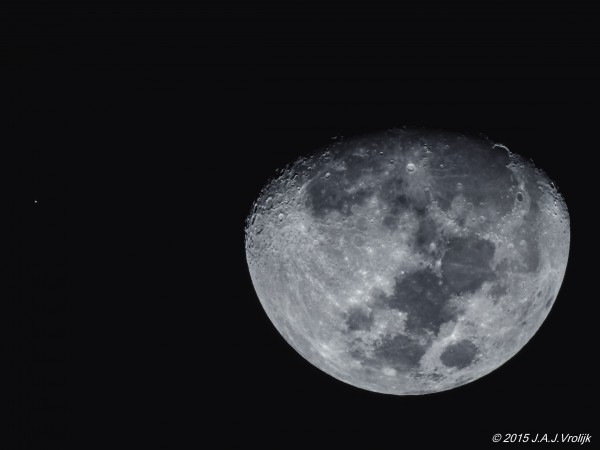 Before the occultation, with the moon edging toward the star Aldebaran on the sky’s dome. Jairo Vrolijk in Aruba wrote: “New in the field of astrophotography, here is my first shot at a pre-occulatation between the Moon and star Aldebaran.” 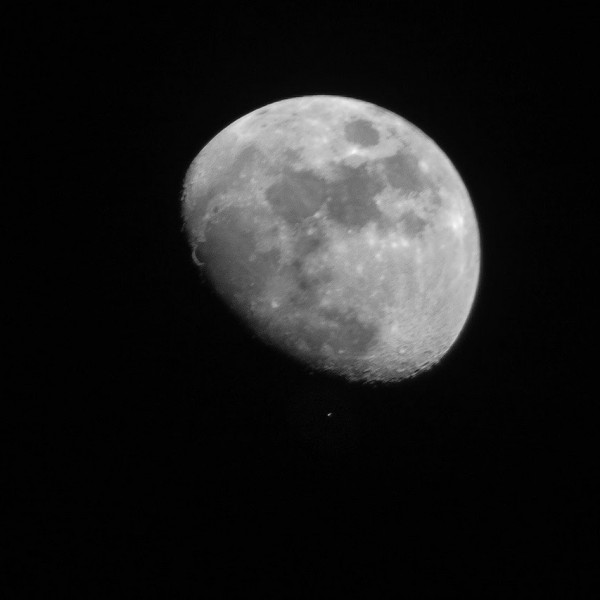 Just before the moon swept in front of Aldebaran, Hector Barrios in Hermosillo, Mexico, caught this photo. Thank you, Hector! 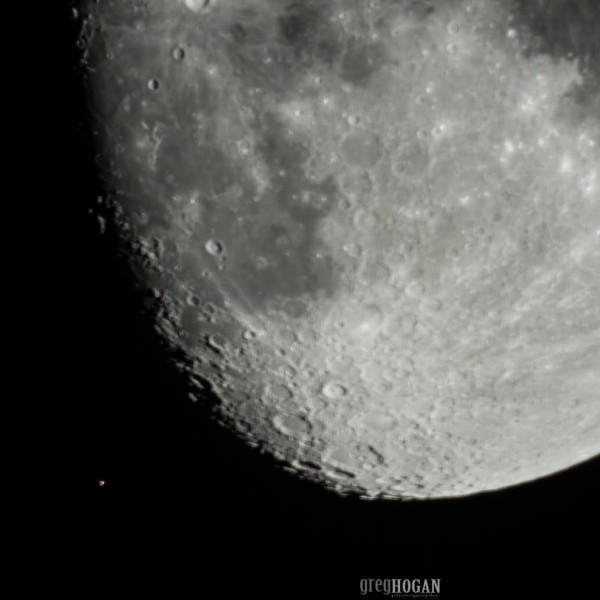 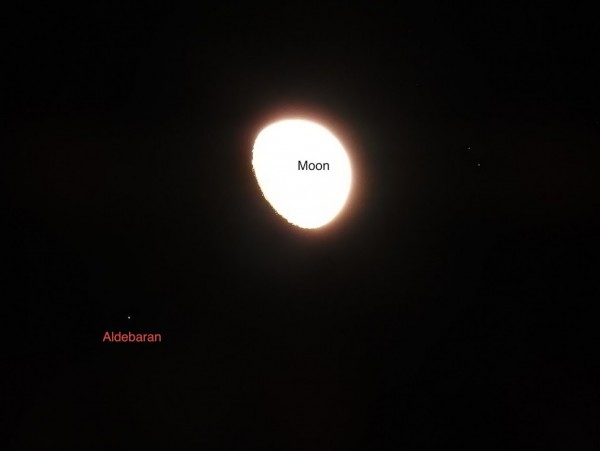 This photo comes closer to showing what the eye would have seen: a bright moon with a bright star in its glare. Aniruddha Bhat in Maryland wrote: “It was fun to watch Moon occult Aldebaran last night. The star was clearly visible next to a bright moon when this shot was take around 7 p.m. when they were very close. Moon is overexposed due to brightness difference. After an two hours, Aldebaran was gone behind the moon.” 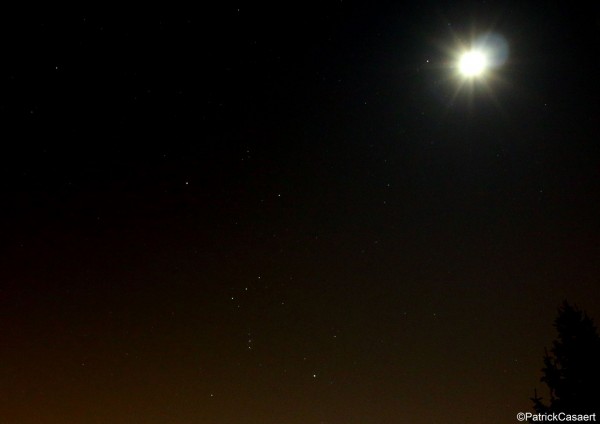 Here’s another one showing what the eye would have seen. Aldebaran is the bright star in the moon’s glare. Notice that the three Belt stars of Orion point to Aldebaran, and, last night, to the coming occultation. Photo by our friend Patrick Casaert of La Lune The Moon, in Meaux, France. 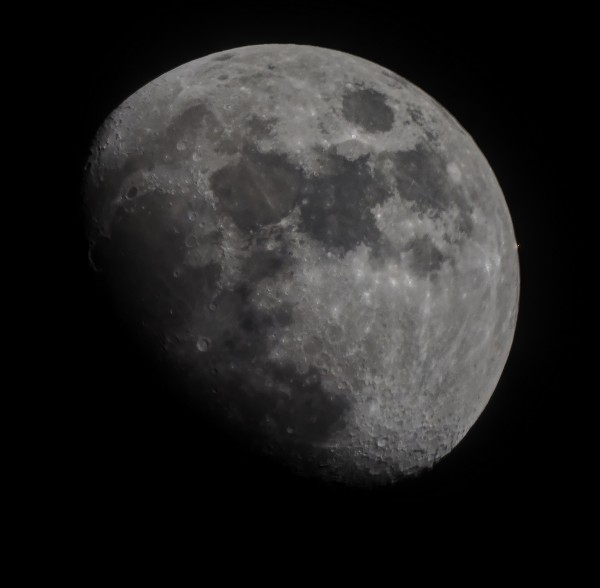 View larger. | Reappearance! Eliot Herman of Tucson, Arizona, caught the moment. He wrote: “I was not able to see the emergence in the bright moon under hazy skies so had the camera running continuously at the predicted time. Culling through the images (taken as a bracket series) a spot of Aldebaran was seen.” Read more about this image on Eliot’s Flickr page. 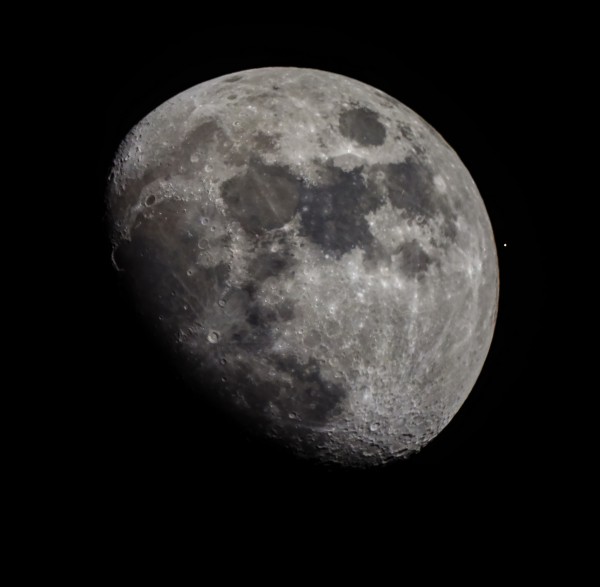 Here’s another one from Eliot Herman, who said: “The photos were taken through hazy and sometimes thicker clouds that rolled in just before the occultation. The photos were taken with a Questar Q3.5 and a Nikon D810 mounted on an iOptron Alt AZ mount. This photo is 5 images of 0.7 stops variation stacked and processed. After a bit of computer crunching and and finishing up with photoshop Aldebaran shows well against the lit part of the moon.” 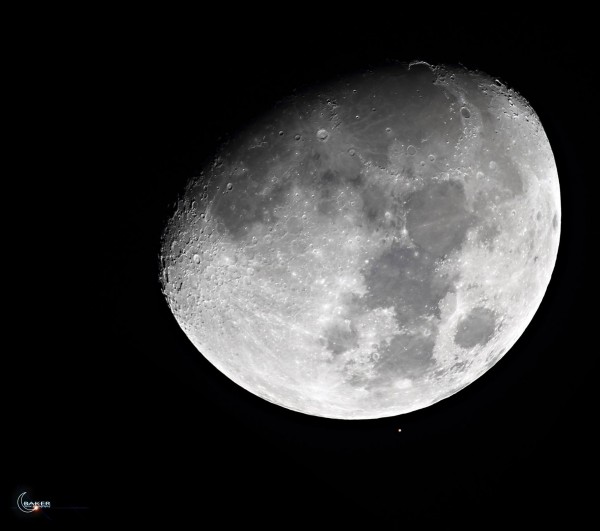 The reappearance was tougher to catch than the disappearance last night, because Aldebaran disappeared on the moon’s dark limb, and reappeared on the bright limb. Photo by Jacob Baker in Fall River, Massachusetts. Thanks, Jacob! 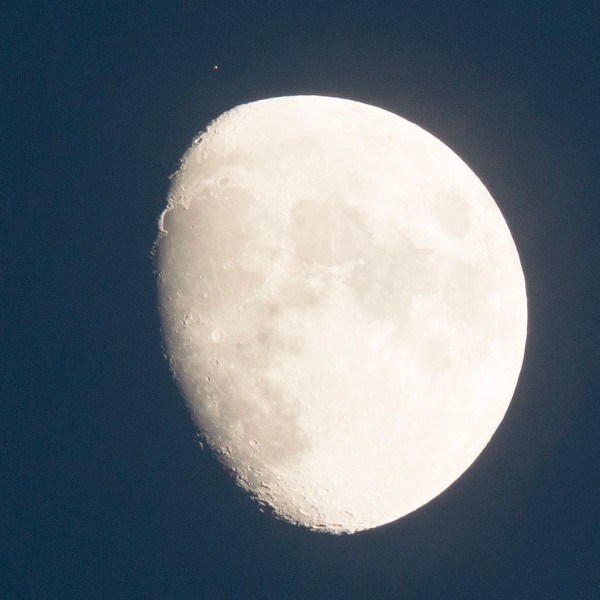 Not everyone saw the occultation. Doug Short in Anchorage, Alaska wrote: “From Anchorage, the moon doesn’t quite occult Aldebaran. In this photo Aldebaran passes over the moon 30 minutes after sunset but before the sky becomes completely dark.”

Bottom line: Photos from the EarthSky community of the January 19, 2016, occultation of the bright star Aldebaran by the moon.