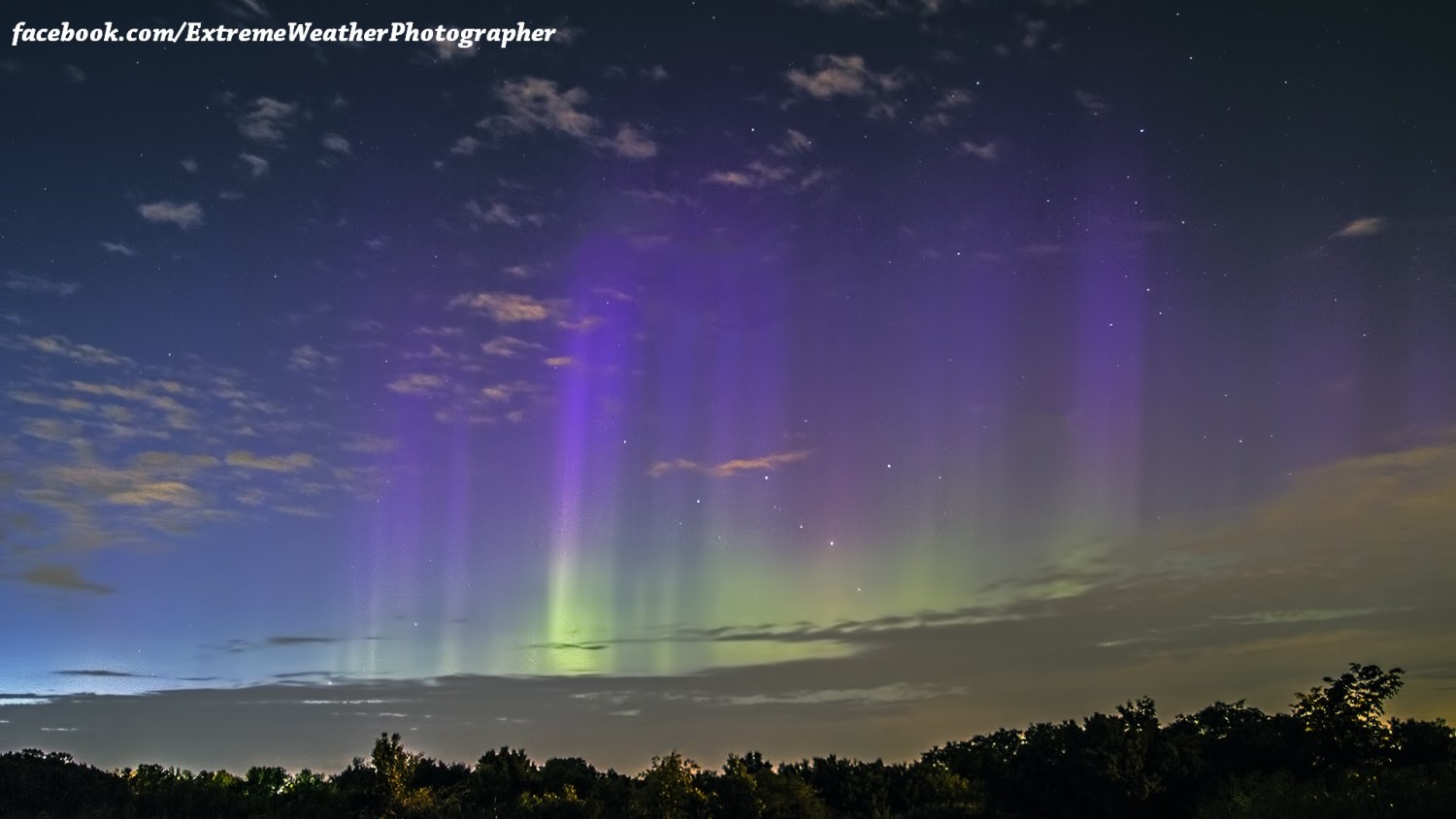 A moderately strong geomagnetic (G2) storm took place last night (June 6, 2013). A K index of 6 was expected (the higher the K index, the stronger display of northern lights can be expected). The Space Weather Prediction Center said the effects of the storm might include auroras, or northern lights, dipping to latitudes as low as those of the northern U.S. And indeed Jeremy Friebel in Wisconsin was able to see and capture the northern lights last night. He wrote:

At 10 p.m. it started with a single green pillar and then it went crazy for 15 minutes. This is at the peak of the storm, which lasted for about an hour in Menasha, Wisconsin.

At this writing (June 7 at 5 a.m. CDT or 1000 UTC), a minor (G1) geomagnetic storm is still in progress with a K index of 4. Look here for today’s aurora forecast, from the Geophysical Institute at the University of Alaska.