Northern lights from the air

Photos of the aurora borealis, or northern lights, shot from an airplane over the icy Canadian landscape and approximate North Pole. 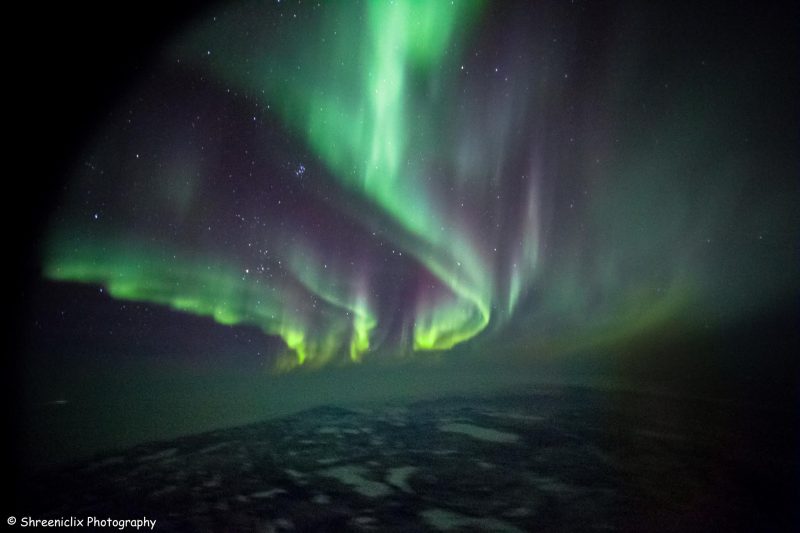 Shreenivasan Manievannan captured this photo on November 2, 2016 from an airplane flying over northern Canada, near the Arctic Circle.

Shreenivasan Manievannan submitted these photos taken of the northern lights, or aurora borealis.

He shot the first (above) from inside the airplane while traveling from the U.S. to Dubai. Shreeni wrote:

I was keeping a watch every now and then once we reached the high latitudes to see if the auroras were out. Finally, when we were flying over the icy Canadian landscape, I got to see the stunning active auroras shining and dancing bright in the sky.

I covered up myself trying to protect myself away from light reflections coming off the flight indoors.

He caught the second photo (below) while flying near the North Pole and said:

I got the approximate location from airplane interactive maps. I believe it was a rare occurrence to shoot auroras from the vicinity of the North Pole as they generally do not occur near the poles.

This was shot with same setting as above over the wings of the plane. 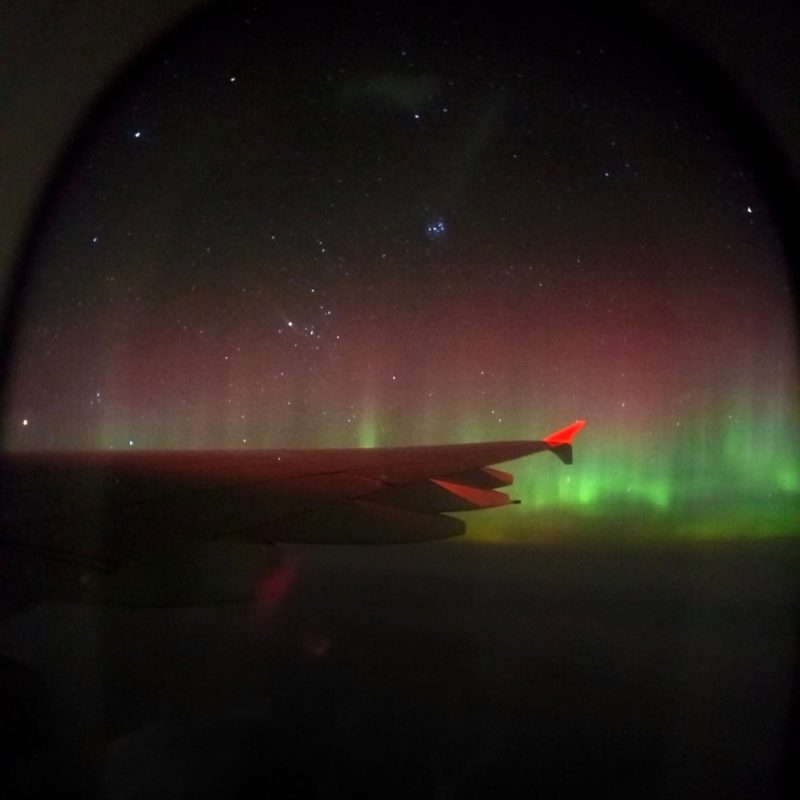 Shot from an airplane flying near Earth’s North Pole on November 24, 2016. You can also see the V-shaped Hyades star cluster, and dipper-shaped Pleiades star cluster – both in the constellation Taurus – in this photo by Shreenivasan Manievannan.

Bottom line: Photos of the aurora borealis, or northern lights, seen from the air.