A farmer captured this photo of a serious storm sweeping through northern Illinois on Monday, June 30. 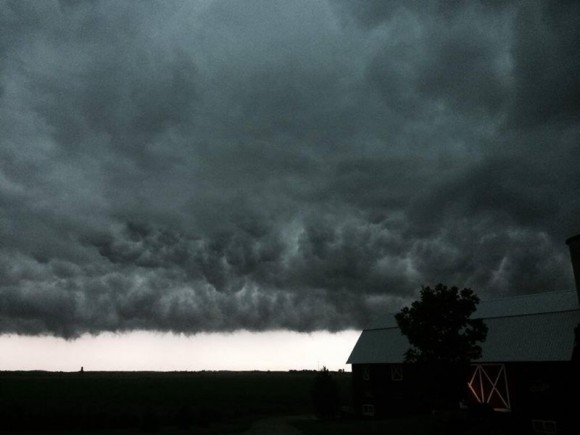 On Monday, June 30, 2014, flooding, downed trees and fires caused by lightning strikes snarled traffic, cut power and delayed or canceled hundreds of flights in and out of Chicago, Illinois. Steve Pitstick of Pitstick Farms in northern Illinois caught some of the storm clouds of this heavy-weather day on film.

Illinois was said to be hit particularly hard in Monday’s storms, but the central U.S. as a whole had tornadoes, high winds, hail and heavy rains that day. By Tuesday morning, hundreds of thousands of people were without power and trying to clean up damaged homes and roadways, according to the National Weather Service.