The AIM spacecraft has spotted noctilucent clouds – aka night-shining clouds – above Earth’s southernmost continent. The season for them started early this year! 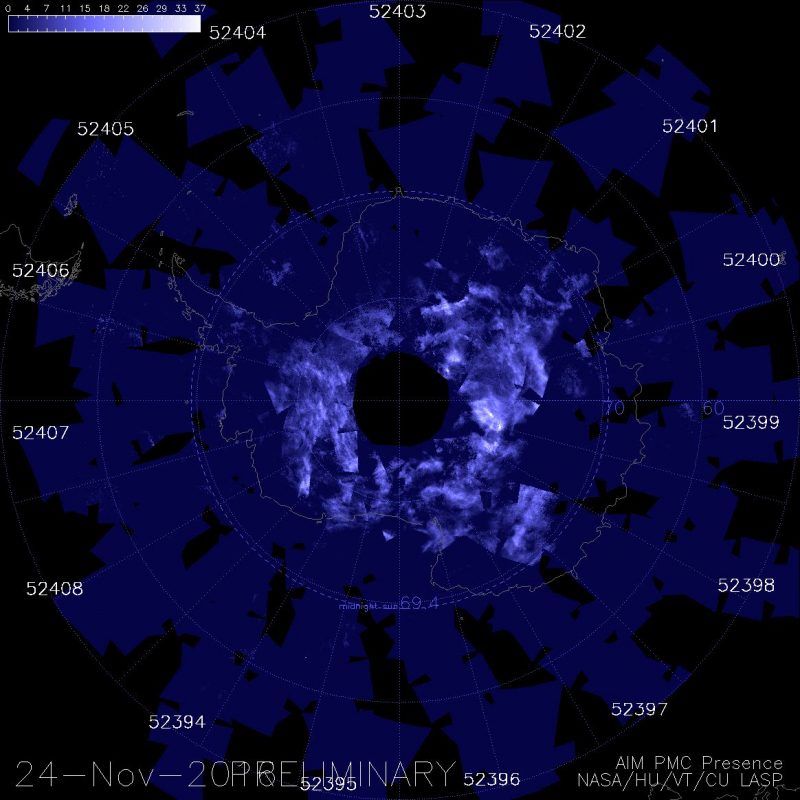 A ring of bright noctilucent clouds – sometimes called “night-shining” clouds – has formed around the South Pole. Image taken November 24, 2016 by the AIM spacecraft.

Spaceweather.com is reporting an early-season display of noctilucent clouds above Antarctica. These clouds are seasonal, and the season for Earth’s southerly latitudes typically comes a bit later than this. Data from the AIM spacecraft – whose purpose is the study of these clouds – shows that this 2016 season began as early as November 17. Spaceweather.com explained:

This just in from NASA’s AIM spacecraft: The sky above Antarctica is glowing electric blue. A ring of bright noctilucent clouds (NLCs) has formed around the South Pole, shown here in a November 24 image taken by [AIM]’s Cloud Imaging and Particle Size (CIPS) Instrument.

NLCs are Earth’s highest clouds. They form more than 80 km [60 miles] above Earth’s surface. Indeed, they are a mixture of Earth and space. Wisps of summertime water vapor rising from the planet below wrap themselves around meteoroids, forming tiny crystals of ice. Emphasis on summertime; NLCs appear on the eve of summer in both hemispheres.

Why do we see these clouds shining in the the night sky? Simply because they are so high up; the sun continues shining on them even after it has set on our part of Earth.

Cora Randall, a member of the AIM science team at the University of Colorado, said: 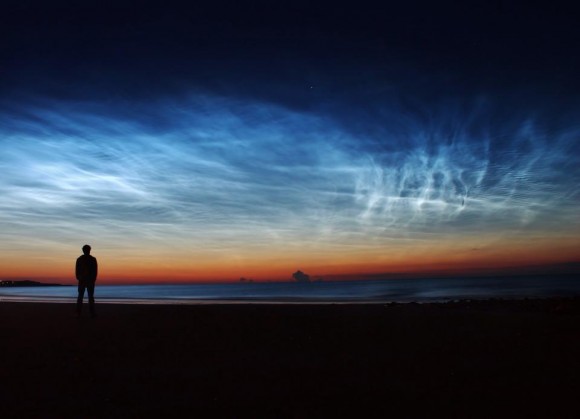 Noctilucent clouds shine at night because – even after the sun has set – sunlight still illuminates these very high-altitude clouds. Photo by Matt Robinson.