Italy’s Mount Etna has been erupting this week, spewing fountains of lava and ash into the sky. 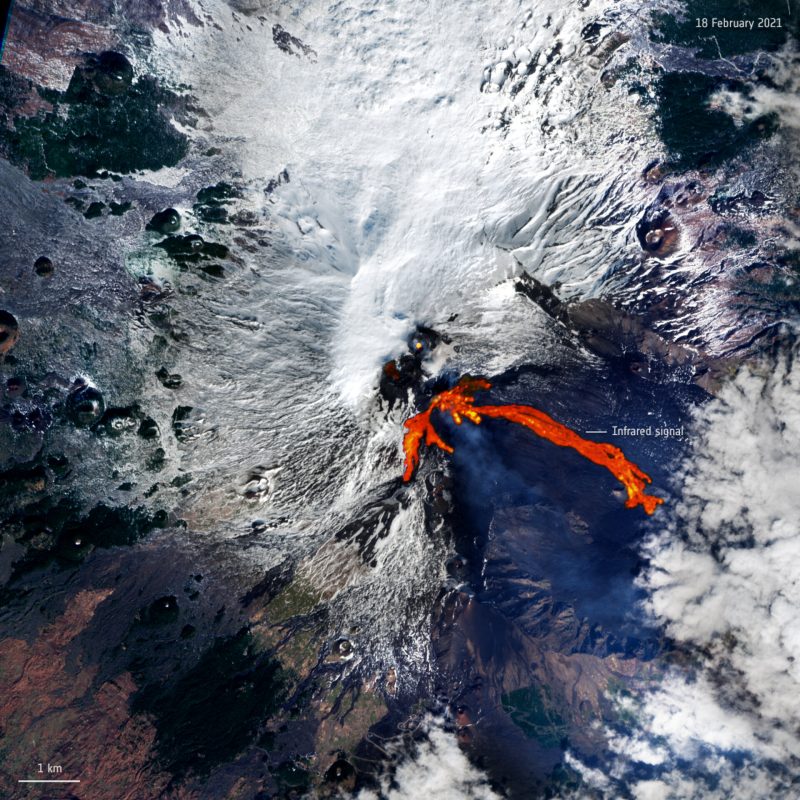 View larger. | This satellite image, captured February 18, 2021, by the Copernicus Sentinel-2 mission, has been processed using the mission’s shortwave-infrared band to show the lava flow in bright red. Image via ESA.

Italy’s Mount Etna, one of the world’s most active volcanoes, has been erupting this week, spewing fountains of lava and ash into the sky. After a powerful eruption on Tuesday (February 16, 2021) the volcano produced another spectacular display of fire Thursday (February 18), with tall lava fountains shooting into the night sky.

According to Volcano Discovery, which publishes frequent alerts about seismic activity, the volcano saw activity earlier Friday (February 19), but after about an hour with impressive fire fountains, the eruption quickly ceased and, although lava flows to the south and east continue to descend, the eruption is now over. Volcano Discovery’s most recent post said:

The tremor signal started its rapid dive back to lower values as the supply of the just erupted batch of gas-rich fresh magma has been exhausted, until another one arrives from deeper reservoirs, maybe very soon …

According to ESA, Tuesday’s eruption caused large lava flows to descend eastwards into the Valle del Bove for about 2.5 miles (4 km), but the second major explosion Thursday caused the lava also to run for almost a mile (1.3 km) down the volcano’s southern flanks.

Ash from the eruptions covered the city of Catania, which sits at the foot of Mt. Etna. Authorities have been monitoring developments in the nearby towns. The eruption forced the temporary closure of Sicily’s Catania Airport, which often happens when the volcano is active. 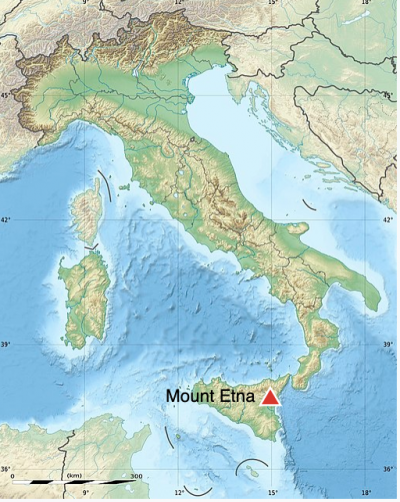 Location of Mount Etna on the Italian island of Sicily. 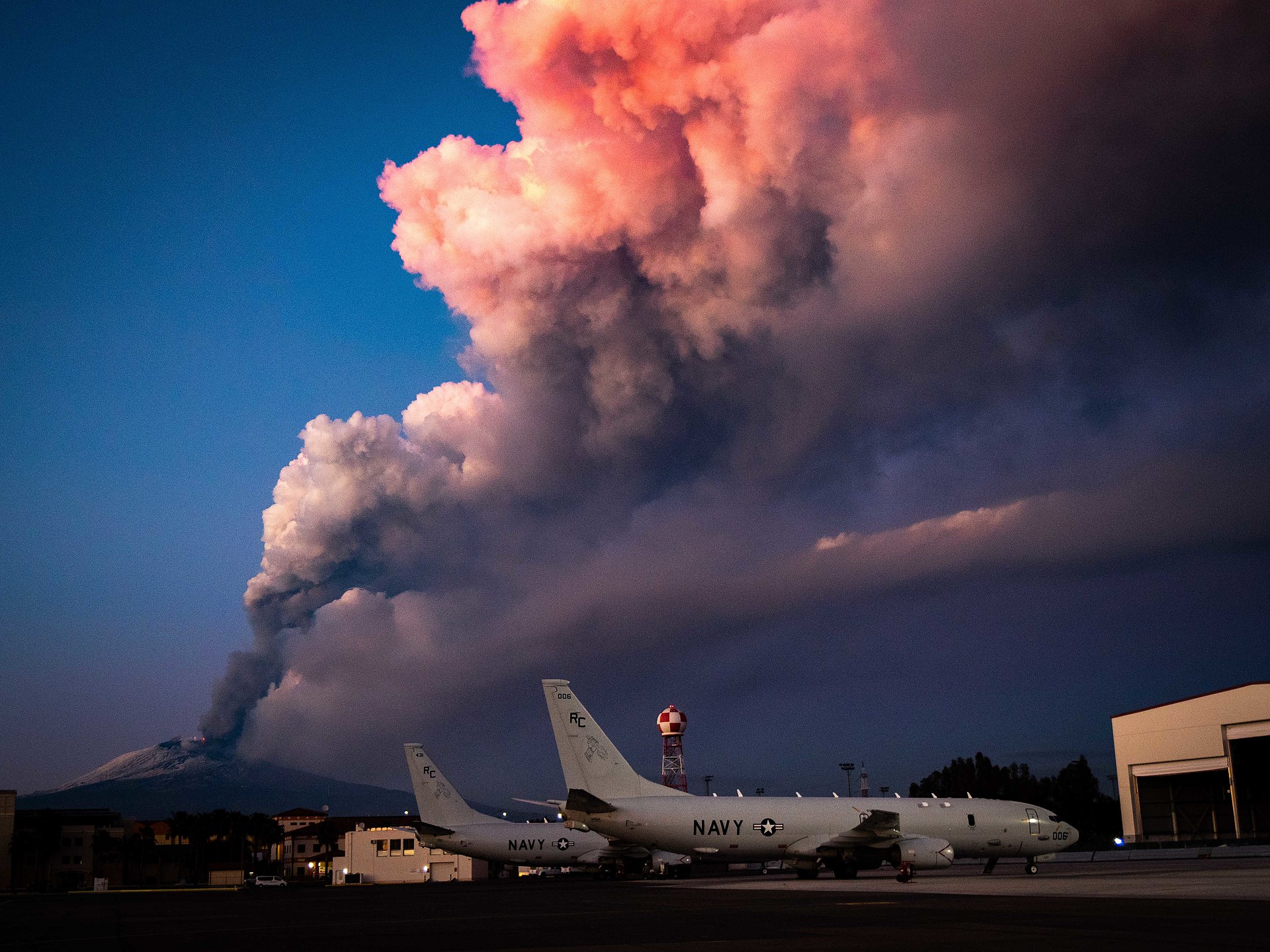 In Sigonella, Italy, on February 16, 2021, Mt. Etna lets off some steam in the background of US Navy P-8A Poseidon maritime patrol aircraft. Image via US Navy/ Flickr/ Austin Ingram.

Bottom line: Italy’s Mount Etna, one of the world’s most active volcanoes, has erupted twice in less than 48 hours, spewing a fountain of lava and ash into the sky.