The planets are still striking before dawn in late November, 2015. 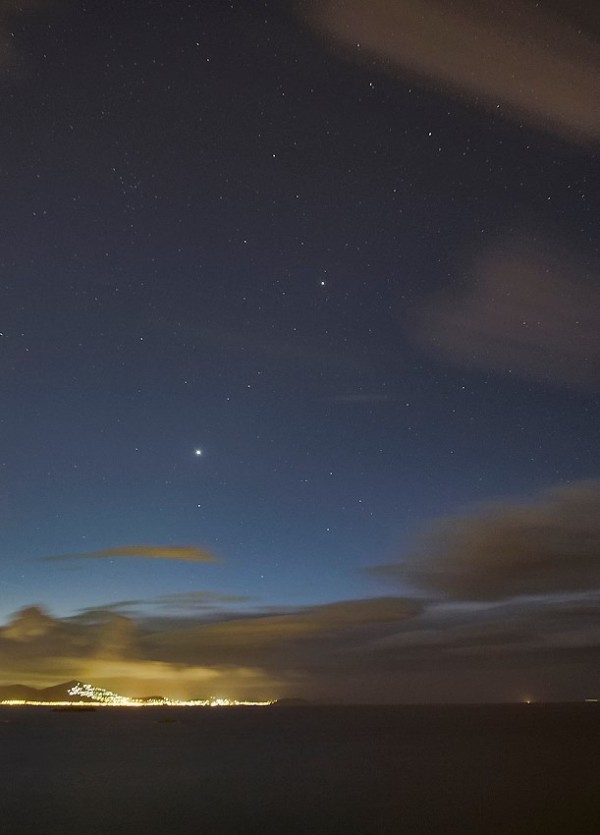 Nikolaos Pantazis in Greece captured this photo on November 25, 2015. See more of Nikolaos’ photos on Facebook.

Nikolaos Pantazis posted this beautiful photo at EarthSky Facebook. It’s the morning planets, plus bright stars, over the Saronic Gulf – or Saronicos Gulf in Greece – part of the Aegean Sea between the mainlands of Greece and Turkey.

From bottom to top, the three bright sky objects along this graceful line in the predawn sky are Venus (lowest and brightest), Jupiter and the star Regulus. The bright star Spica and planet Mars (between Venus and Jupiter) are also visible.

By the way, there is a comet in the morning sky, too, plowing along through the space near our sun, so far invisible to our eyes but captured on film in recent days. Comet Catalina rounded the sun on November 15, 2015 and it’s near these morning planets … below Venus on the morning of November 26, 2015.

The chart below is from Mark Seibold, also a friend of EarthSky’s on Facebook. Thank you Mark! 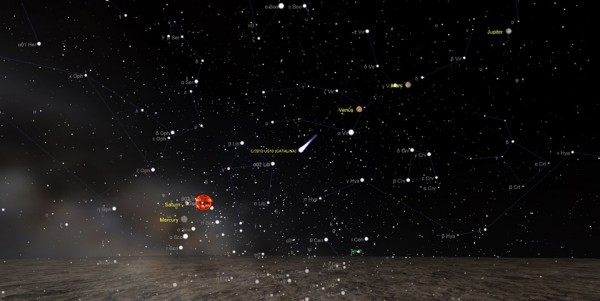 View larger at the SkyLive.com, where you can also set this chart to various dates and times. Thank you, Mark Seibold!

Bottom line: The planets Venus, Jupiter and Mars before dawn in late November, 2015, plus a word about Comet Catalina, which is also in the morning sky.