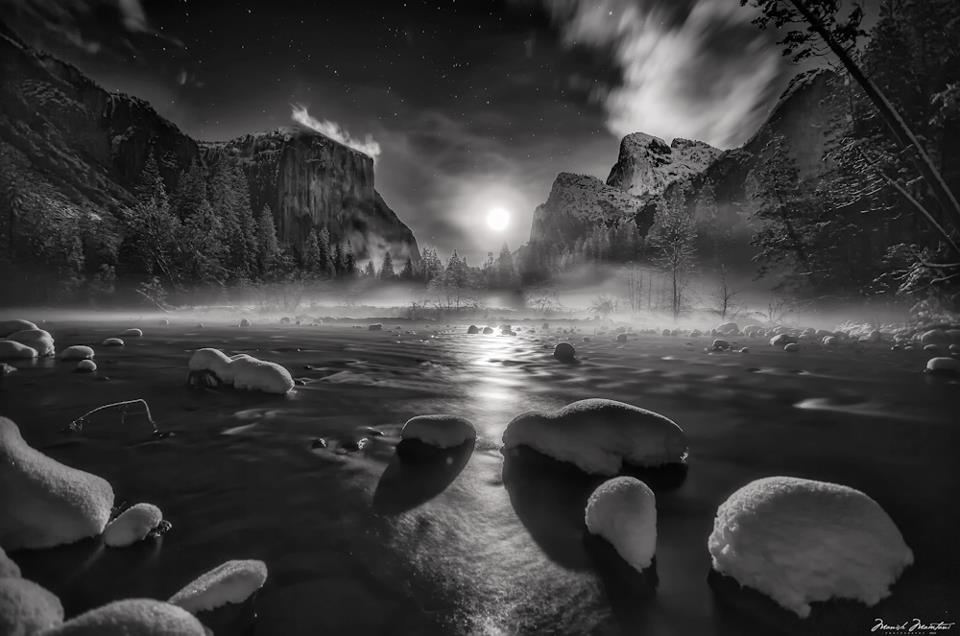 Manish Mamtani captured this image while exploring Yosemite National Park, located in the U.S. state of California. He wrote:

I was out in Yosemite for Christmas [2012] and it was snowing all the time. After two days of snowfall, finally the sky cleared in Yosemite. I reached the Valley View in Yosemite National Park just after the sunset. I decided to stay to take some pictures unaware that it was a full moon night and that the moon will rise in between EL Capitan and Cathedral Rocks. It was one of the beautiful sights i have ever seen in my life. This picture made my trip.

Want your images featured on EarthSky? Send us your photos via EarthSky on Facebook, EarthSky’s photo community on Google+, and/or e-mail: images@earthsky.org.