Svartifoss – the Black Waterfall – on Iceland’s south coast is a popular destination for hikers and tourists. It drops from a crescent-shaped cliff made of black basalt columns. 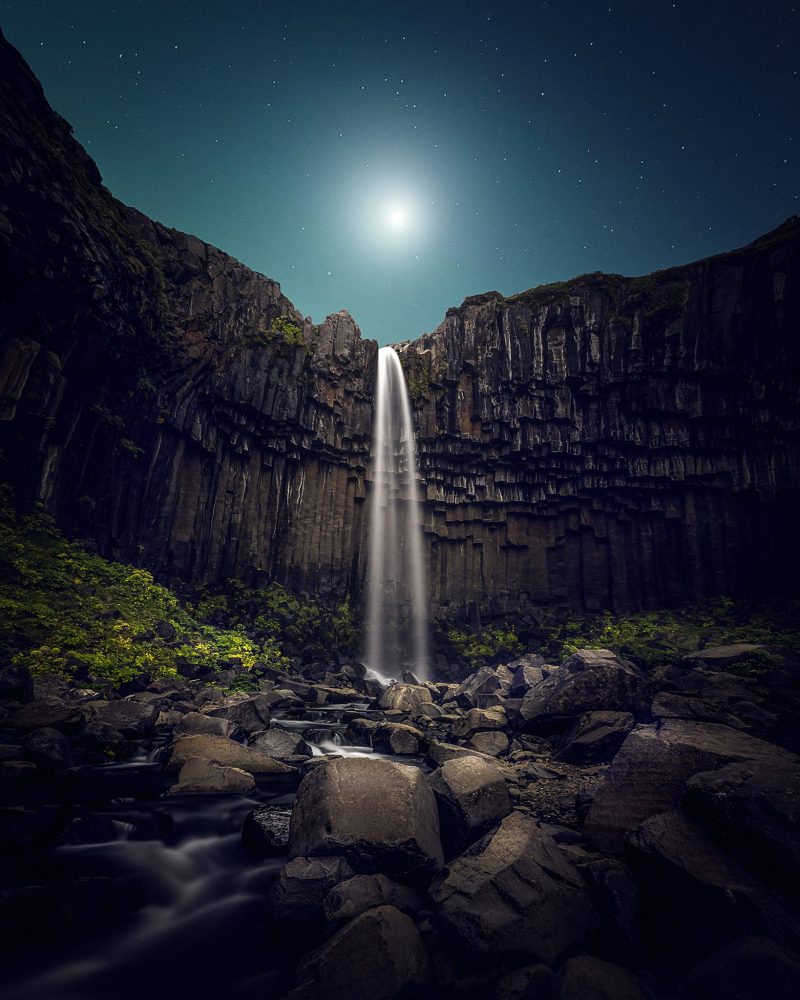 Svartifoss under moonlight in iceland by Grafixart Sam.

Grafixart Sam submitted this photo of Svartifoss (the Black Waterfall) on August 31, 2018. This glorious waterfall is located in Iceland’s Vatnajökull National Park, on Iceland’s south coast. It drops 65 feet (20 meters) and got its name because the cliff from which it falls is made of hexagonal black basalt columns, of a type found elsewhere in Iceland.

Here’s a great description of hiking to Svartifoss 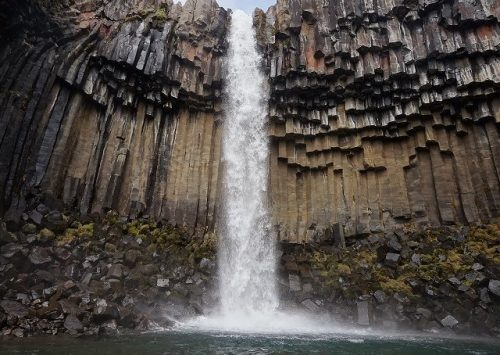 Svartifoss – the Black Waterfall – takes its name from the black basalt columns in the cliff from which it drops. Photo via GlacierGuides.

Bottom line: Photo of Svartifoss, in Iceland, under moonlight.