Photos of the beautiful conjunction of the moon and Venus – Monday morning, May 22, 2017 – from the EarthSky community. 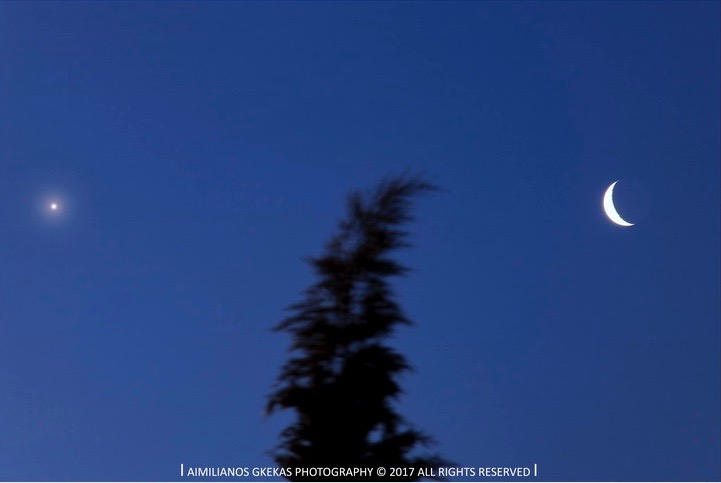 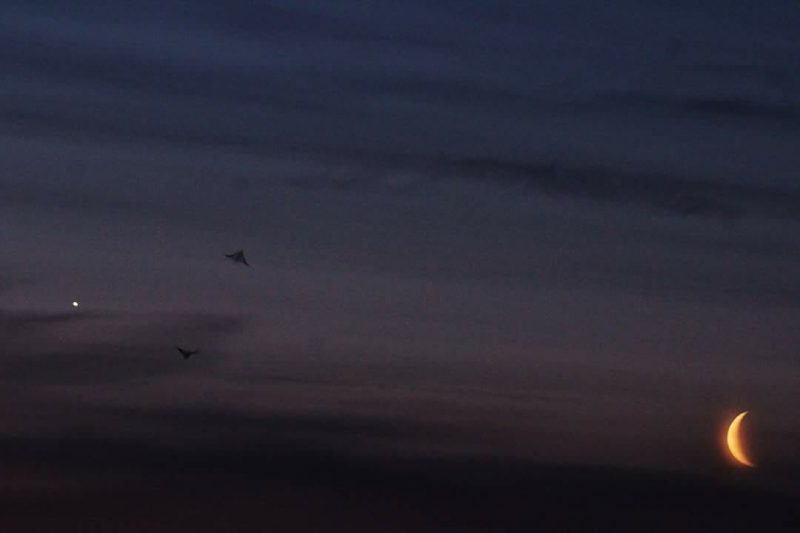 Waning crescent moon, Venus … and birds on Monday morning, May 22, 2017, from Steve Pond in SE England. 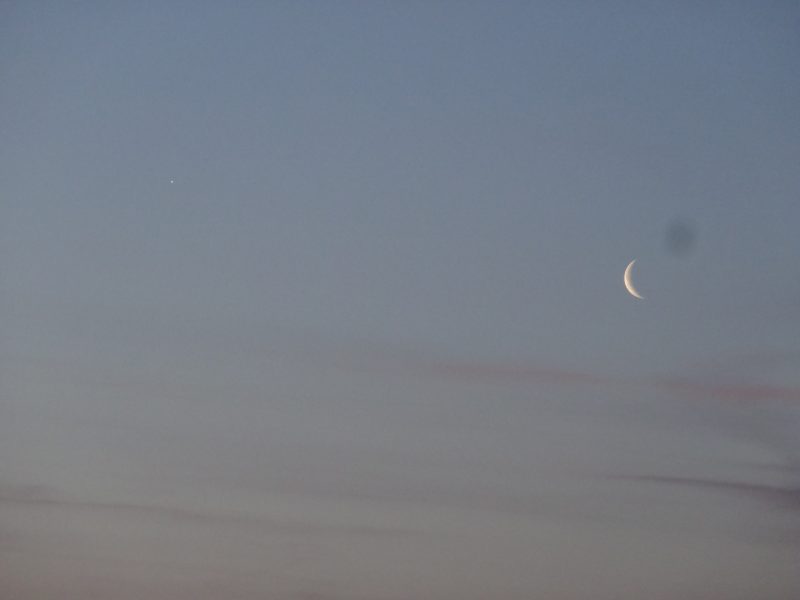 Sucheta Wipat in London wrote on May 22: “Captured venus and crescent moon for the first time in my life from balcony of my home.” 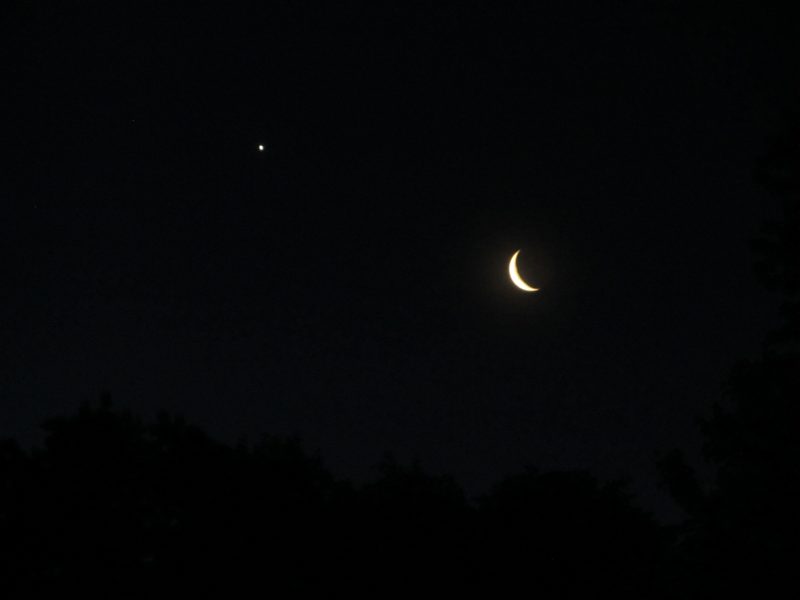 As Earth turned under the sky – and the moon moved in its orbit – the view of the moon and Venus changed. Notice the difference in this photo, and those below, from the photos above; they are on opposite sides of the Atlantic. Angela Bauer in Cincinnati wrote on May 22: “I got this shot of the amazing view of Venus and the moon before dawn this morning, using only my digital camera.” 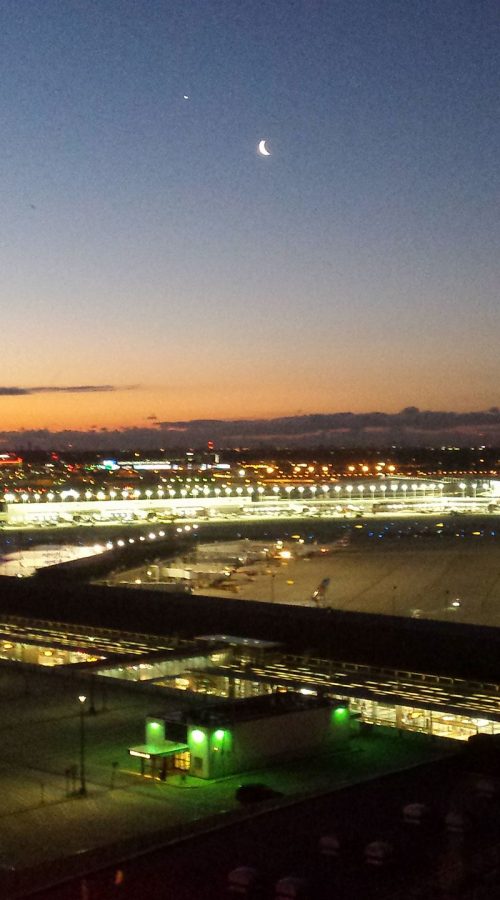 Venus and the moon are the 2 brightest objects in the sky, besides the sun. They’re so bright they can be seen above the brightest ground lights. Here they are Monday morning, May 22, above the tower lights at Chicago O’Hare International Airport. Photo by Billy Giv. Thanks, Billy! 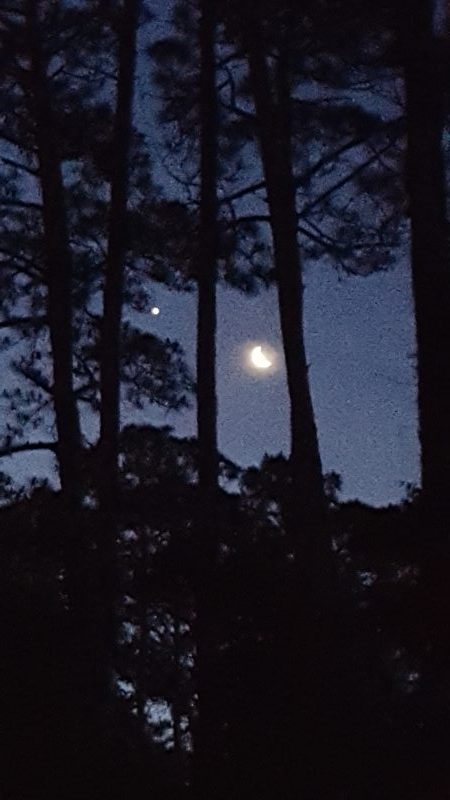 Also lovely from suburbs or country locations. Deborah Youngers in Port St. Joe, Florida caught this photo on her smartphone. She wrote: “Looking east, as the view of the moon and Venus cleared the trees.” 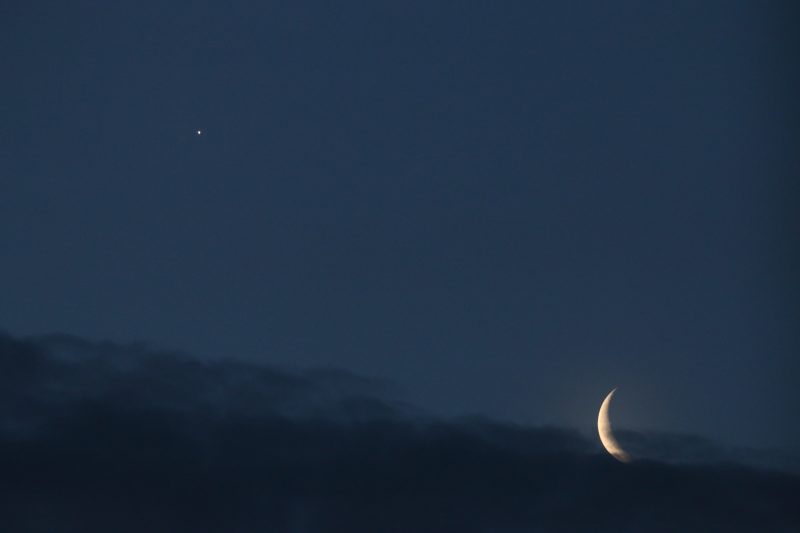 And even through some amount of cloud … as described by Joe Kingore on May 22, who wrote: “A little cloudy but was still able to get a picture.” Thanks, Joe! 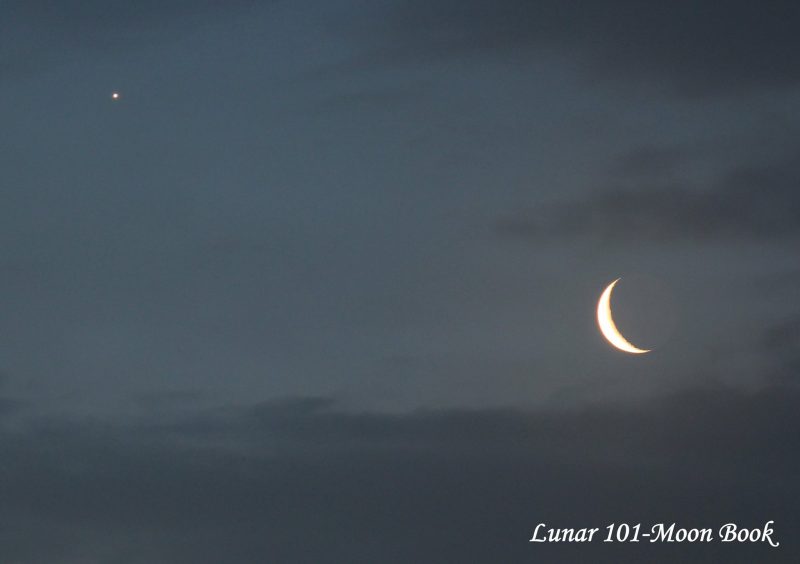 Steven Arthur Sweet of Lunar 101 – Moon Book also caught the pair through clouds on May 22, from Toronto. 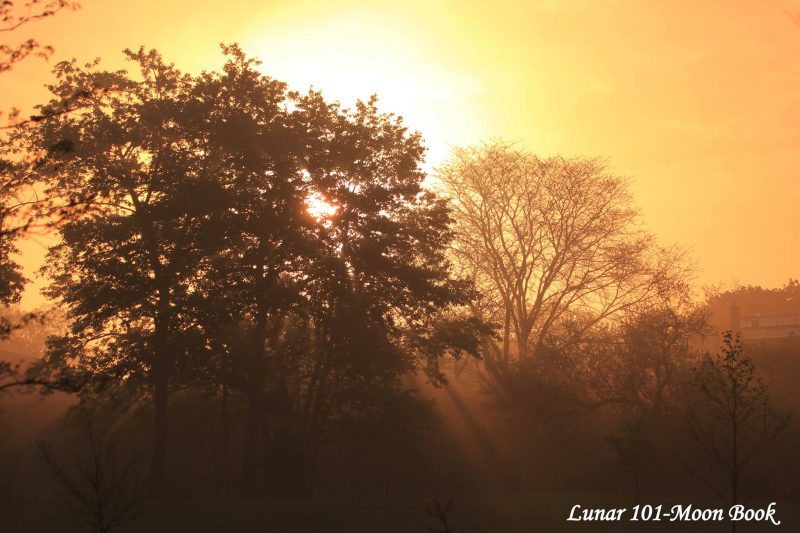