The Lyrid meteor shower didn’t produced as many meteors as hoped, but we some lovely photos. And the moon and Venus were awesome Sunday morning! 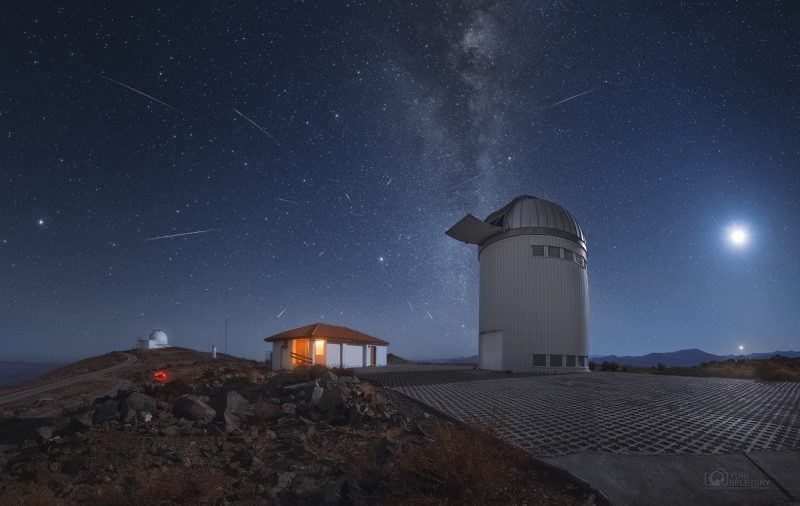 View larger. | Shooting from northern Chile, Yuri Beletsky Nightscapes created this composite image showing both the meteors and the moon and Venus Saturday morning. He wrote: “The Lyrid radiant is located in constellation Lyra which never rises too high in the Southern Hemisphere, nevertheless I managed to capture some of them. Here is my final result of 5 hours imaging from Las Campanas observatory in Atacama desert in Chile. The moon and Venus happened to be nicely aligned just above the mountains, and on the foreground you can see famous OGLE telescope. I hope you’ll enjoy the view!” 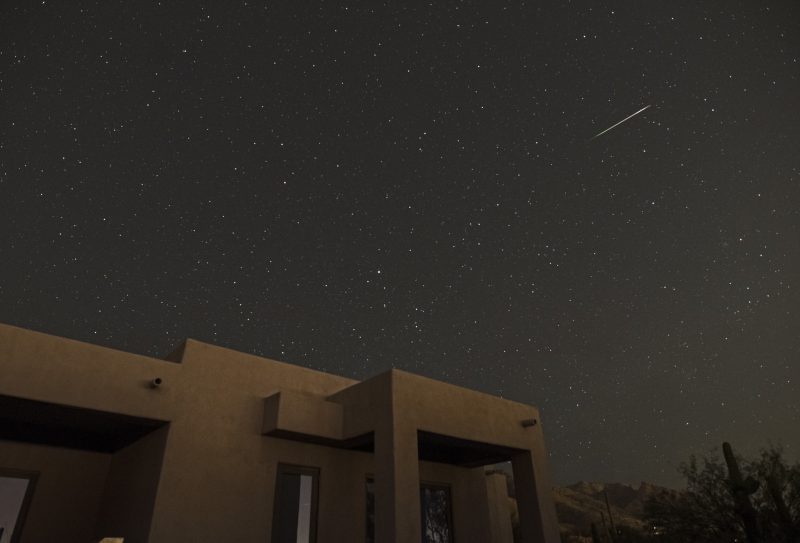 View on Flickr to see the meteor’s colors better. | By most reports, the Lyrid meteor shower – which peaked Saturday morning – wasn’t spectacular in 2017. Eliot Herman in Tucson did catch this pretty one. Otherwise, he wrote: “From Tucson, the Lyrics were really sparse. I had four cameras running and covered the most of the visible sky … A few years ago I got a nice Lyrid fireball flying across the sky, but not this year.” 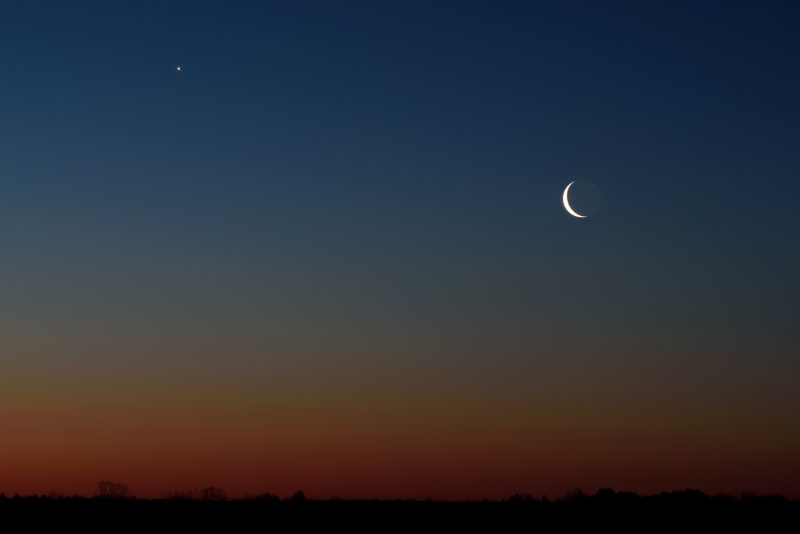 On the other hand, those who stayed up late – or got up early – Sunday morning weren’t disappointed. Hope Carter in Martin, Michigan wrote on Sunday: “Just an absolutely stunning moon rise this morning here in Michigan. The skies couldn’t have been any clearer to see the crescent moon sitting just below Venus looking toward the east.” 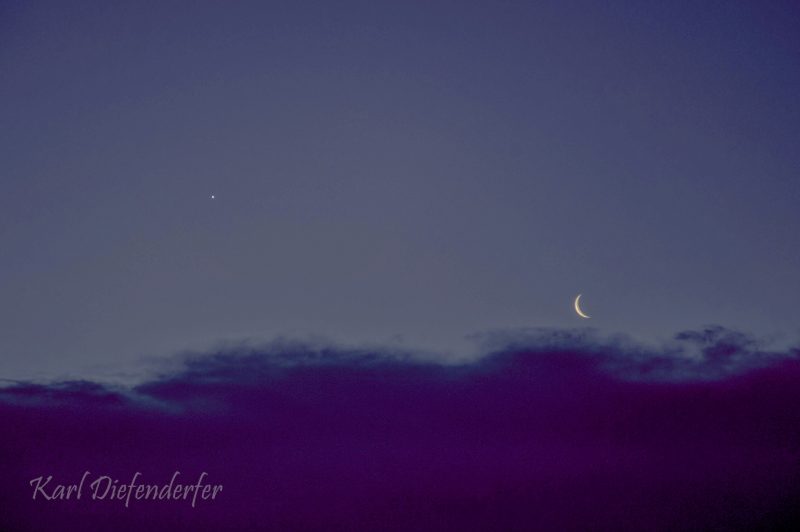 Karl Diefenderfer in Quakertown, Pennsylvania caught Venus and the moon above a cloud bank Sunday morning. 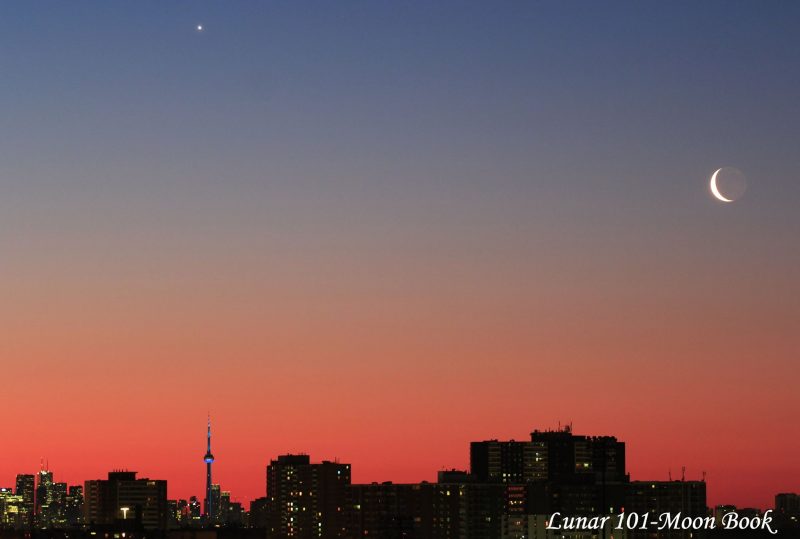 Steven Arthur Sweet of Lunar 101 Moon Book caught this spectacular shot of the moon and Venus Sunday morning over Toronto. 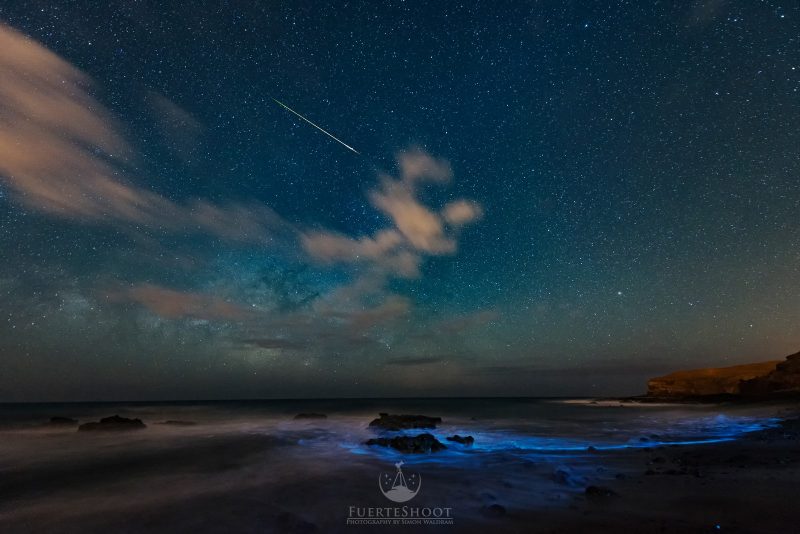 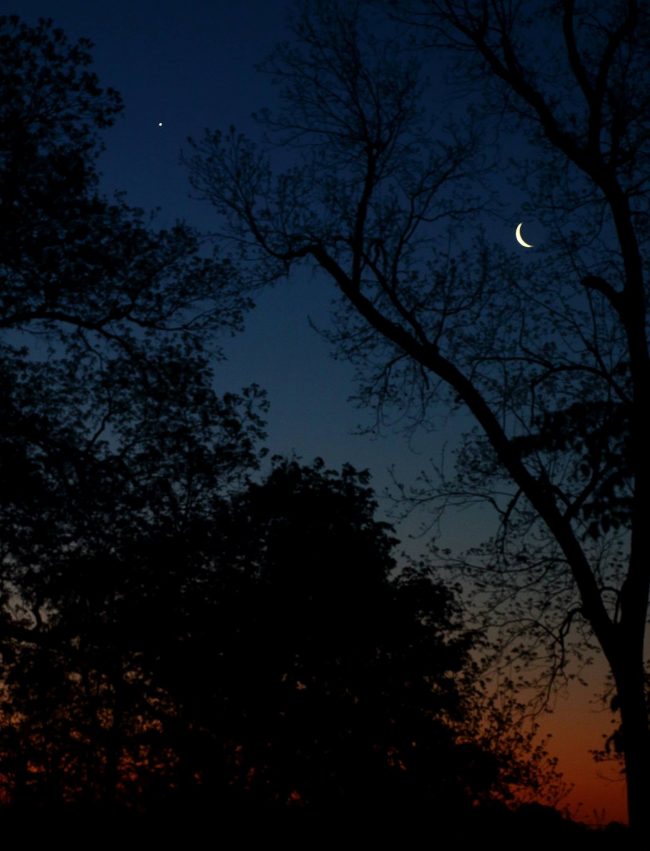 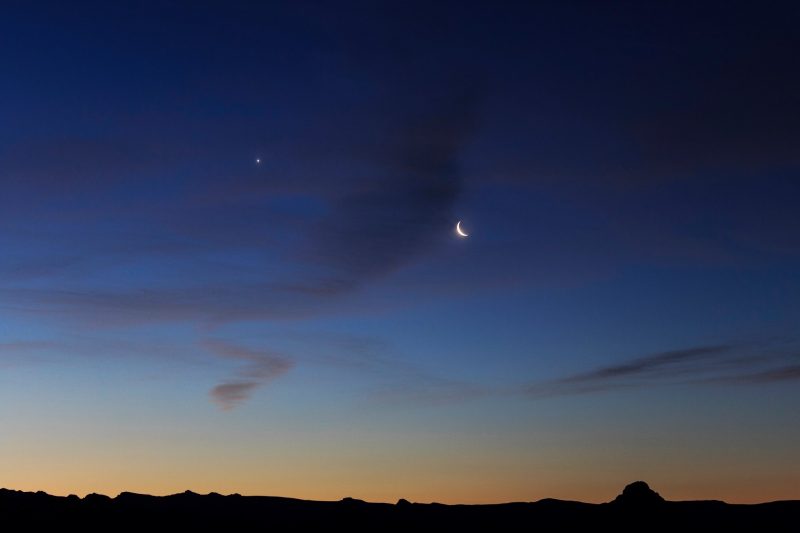 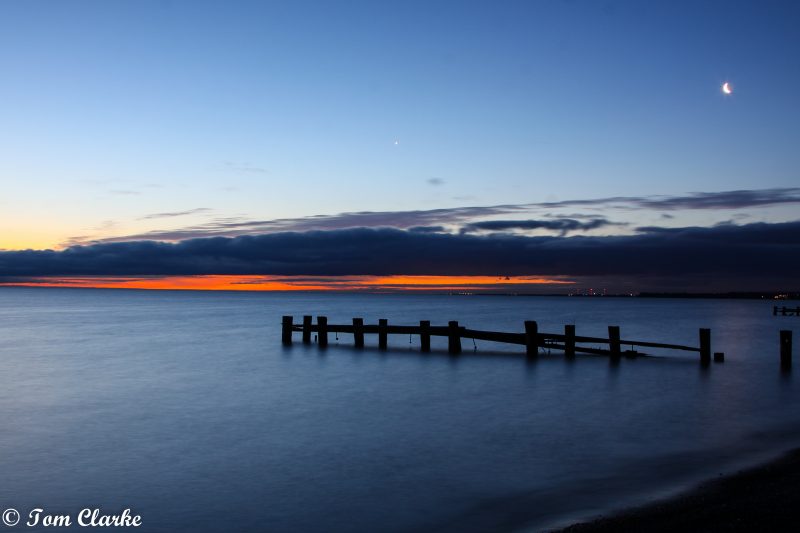 Thomas Clarke caught the moon and Venus on Saturday morning, April 22, at Fifty Point in Ontario. 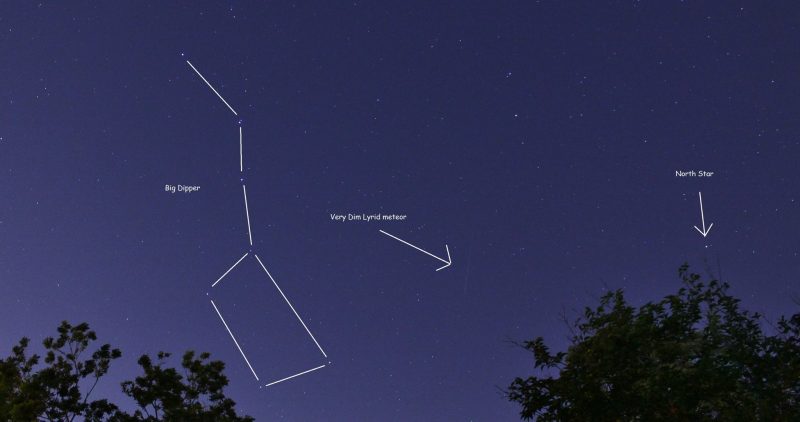 Lyle Evans in Highland, California caught this dim Lyrid meteor Saturday morning. He wrote: “I went to set up my camera with its remote about 1:30 a.m. Saturday morning to see if i could capture a few Lyrid meteors. As soon as I got outside, I saw a super bright meteor streak across the northeastern sky. Wish I was set up to shoot at that moment. [Otherwise] I only saw 5 in 4 hours, none of which was as bright as the first one. Out of 136 photos, I only caught one very dim one between the Big Dipper and the North Star.”

Bottom line: Photos from the EarthSky community of the moon, Venus and some Lyrid meteors.