Venus, Jupiter and the young moon

Photos from the EarthSky community of the fragile young moon sweeping past the sky’s 2 brightest planets, Venus and Jupiter, this weekend. Thanks to all who submitted! 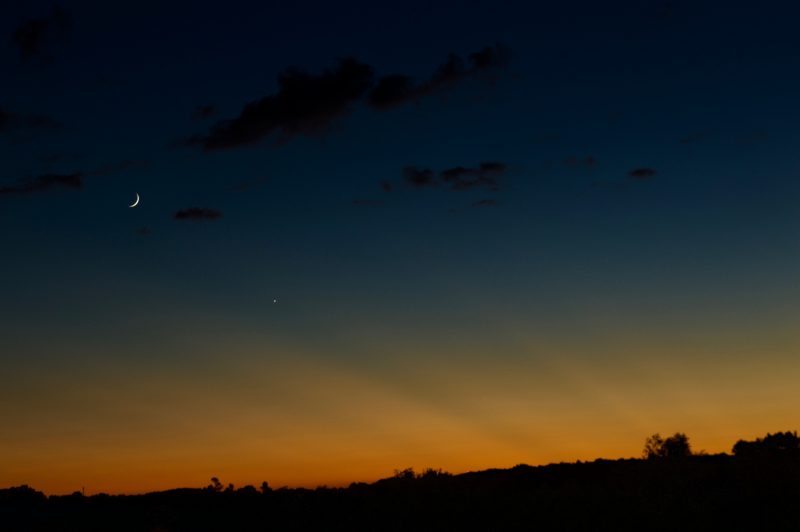 September 3 sunset with crepuscular rays, the young moon and Venus from Ernie Braganza in Abingdon, Virginia. 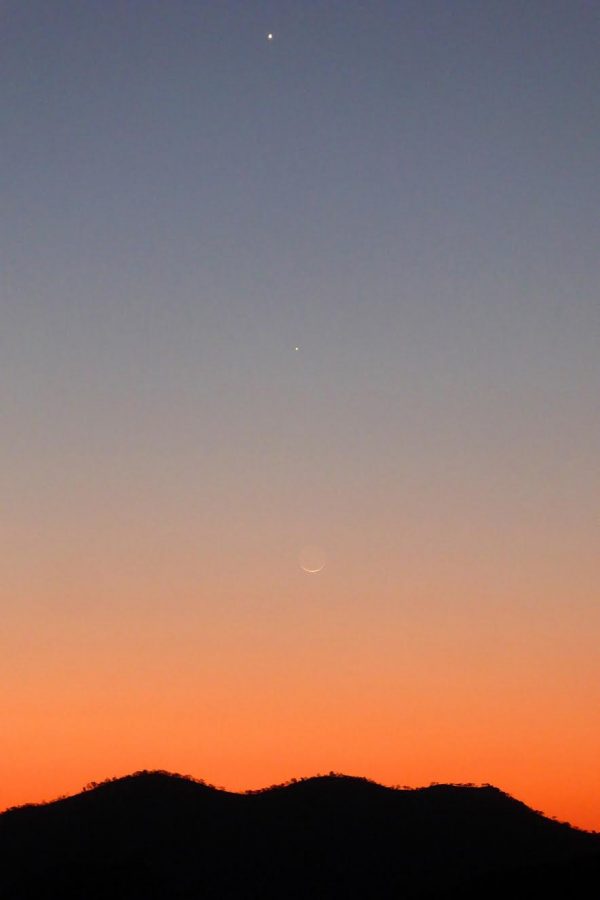 Peter Lowenstein in Mutare, Zimbabwe took this photo – and the one below. These two photos show the movement of the moon with respect to the evening planets. Jupiter is the fainter one, lower in the sky. Venus is higher up and brighter. The moon moves toward the east in Earth’s sky, so passed Jupiter on September 2 and Venus on September 3. 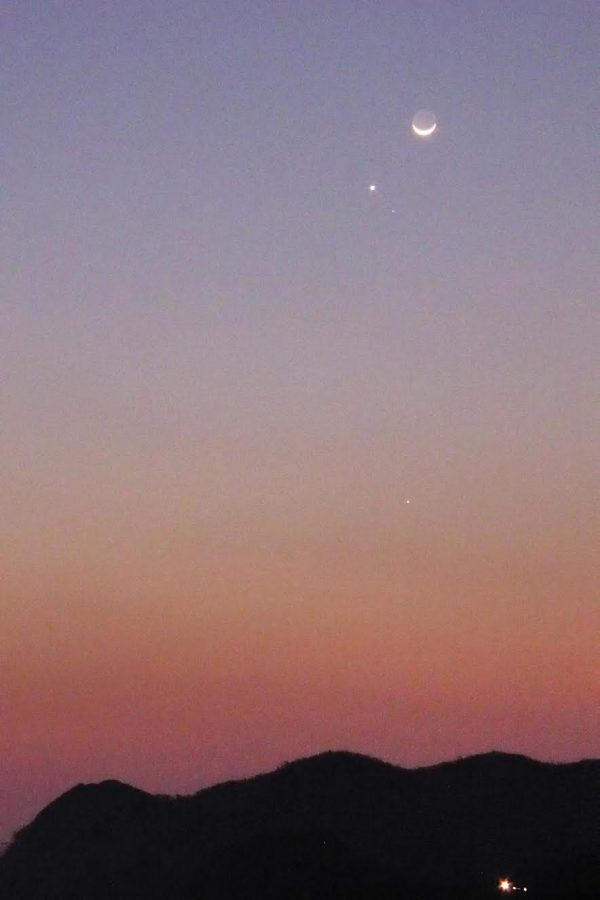 Moon and Venus, with Jupiter below, on September 3 by Peter Lowenstein in Mutare, Zimbabwe 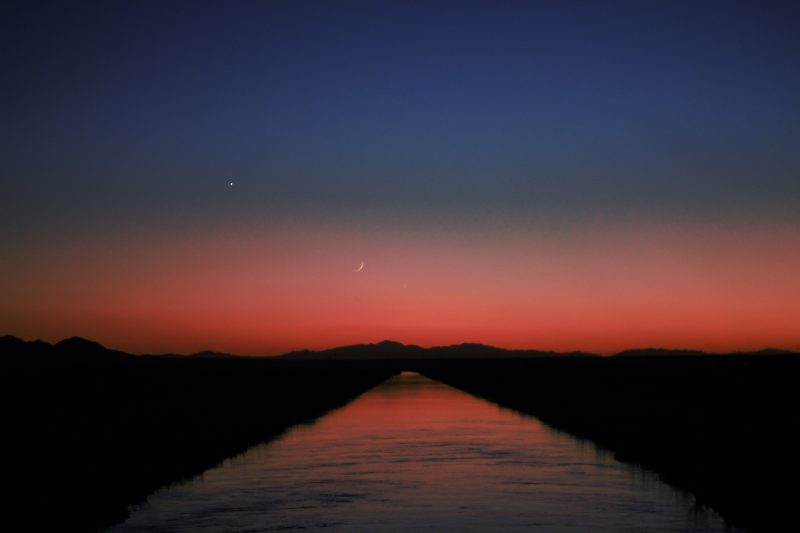 Moon and Venus on September 2, from Leslie Beauchamp near Ripley, California. “I didn’t have my tripod so I was lying on the edge of the ditch near the road. The Border Patrol Police Officer pulled up and thought I was a dead body. He said it probably wasn’t the best place to lie down but I got the shots.” 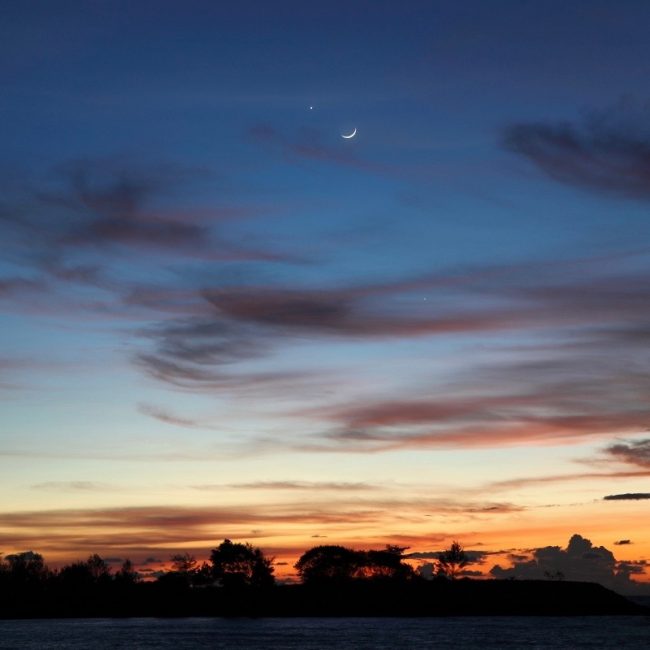 The moon and Venus on September 3, over the South China Sea, via Zefri Besar. The fainter object below, shining through the clouds, is Jupiter. 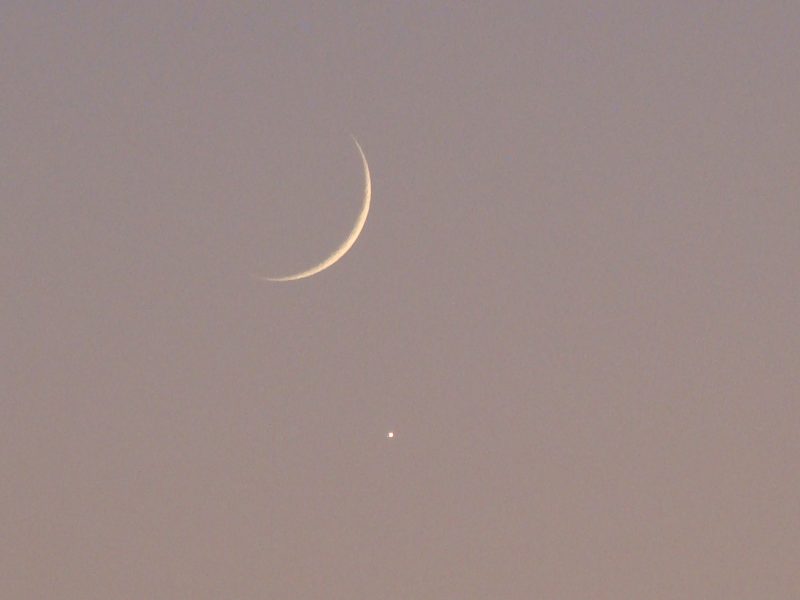 Moon and Venus on September 3, 2016 from Hia Aqdeer in Islamabad, who wrote: “New Moon In Pakistan. Venus is below. In Islamic calendar this is the last month of the moon.” 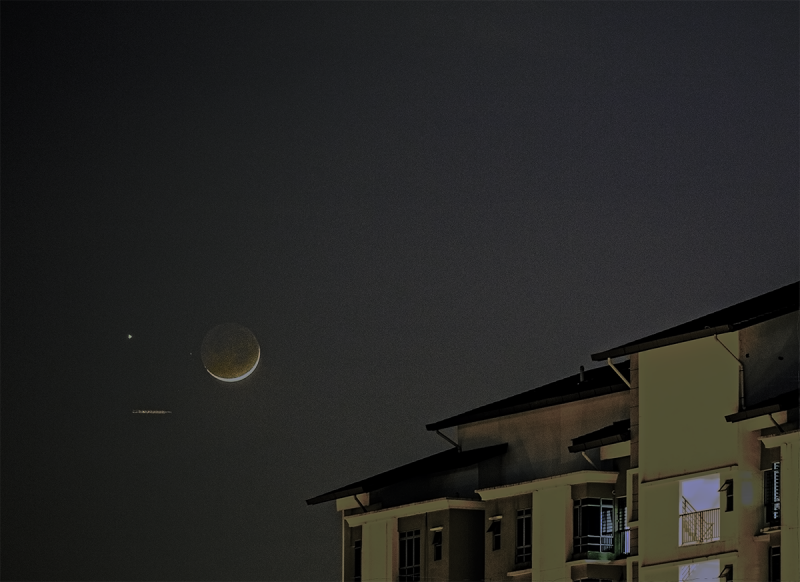 Venus and moon on September 3, 2016 from Halda Mohammed in Malaysia, who wrote: “Venus is is visible close to the young moon. And then there is a airplane photobombing the arrangement.” 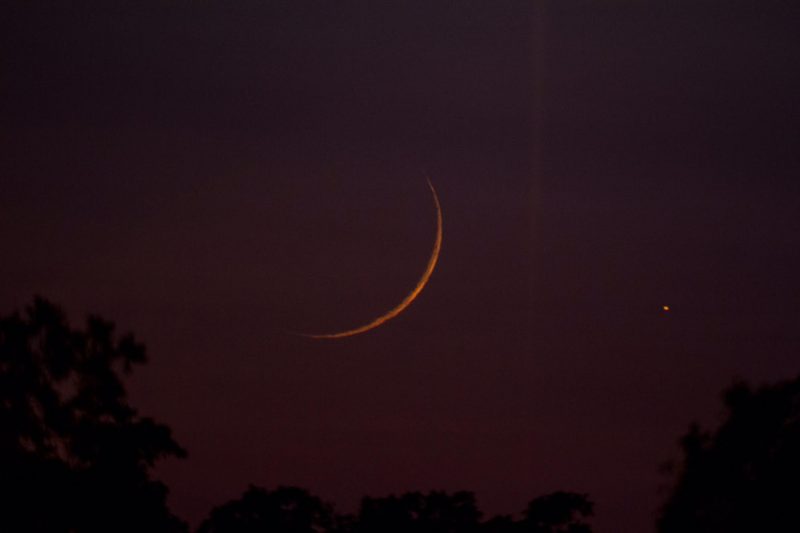 A very young moon and Jupiter on September 2, 2016, captured by Greg Hogan in Kathleen, Georgia.