Moon over Metéora monastery in Greece 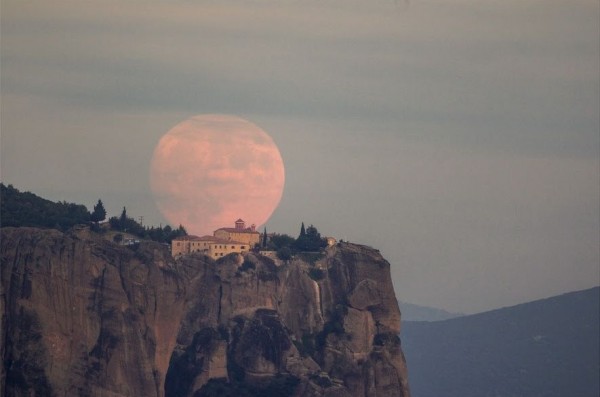 Aimilianos Gkekas submitted this photo of last night’s moon – October 26, 2015 – rising behind the Metéora monastery in Greece. It’s one of the largest and most important complexes of Greek Orthodox monasteries in Greece, second only to Mount Athos. Both Metéora and Mount Athos are designated as UNESCO World Heritage Sites. UNESCO spoke of Metéora this way:

In a region of almost inaccessible sandstone peaks, monks settled on these ‘columns of the sky’ from the 11th century onwards.