Moon, Mars and Venus from a sea cave

Looking out from a sea cave over the Pacific at two planets and the moon. 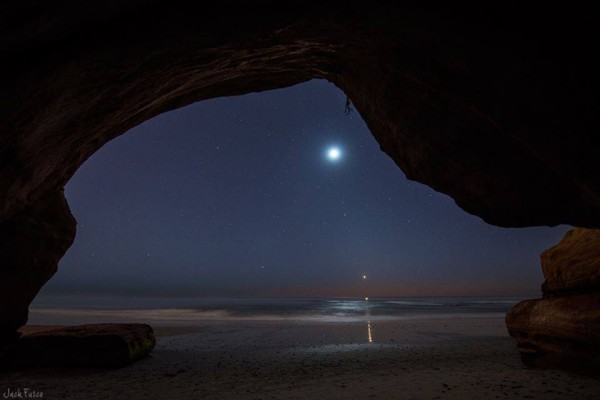 View larger. | The moon, Mars and Venus from a sea cave by Jack Fusco. Visit Jack Fusco on Facebook

Jack Fusco captured this photo at Solana Beach in San Diego County, California on January 23, 2015. He’s working on a series of images from sea caves throughout the San Diego area. Jack wrote:

… at Solana Beach as Mars and Venus were shining brightly below the moon.

Venus can be seen just above the horizon and creating a beautiful glow above the water and on to the sand. Mars is between the moon and Venus.

Thank you for all of the likes, comments and shares!