It was a glorious weekend for planet-watching. The moon waned and appeared lower in the east before dawn each day, sweeping past Venus and Jupiter. 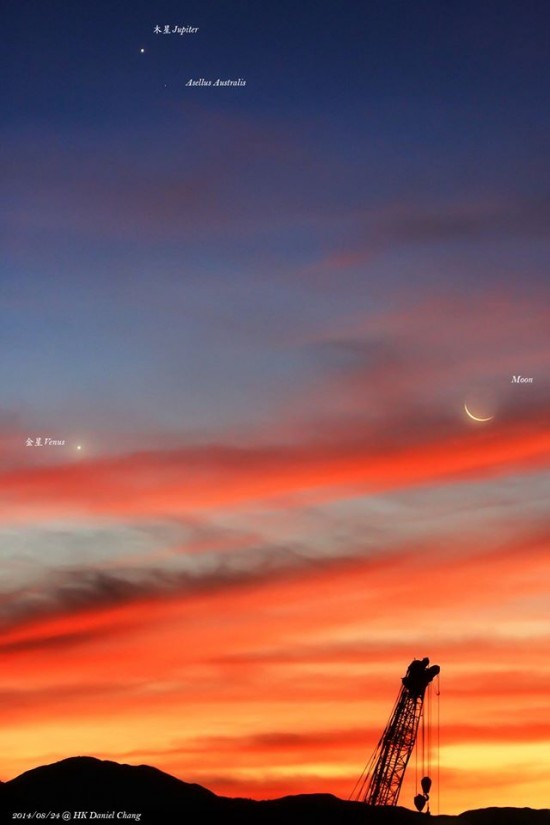 Daniel Chang in Hong Kong caught this photo of the planets Jupiter and Venus, and the waning crescent moon, on the morning of Sunday, August 24, 2014.

We received many beautiful photos to this weekend of the planets in the predawn sky, and the waning crescent moon, as it swept past them. Daniel Chang in Hong Kong captured the photos on this page.

Sunday morning was the last time you’ll see the moon before dawn. New moon is Monday (August 25, 2014) at 14:13 UTC. Afterwards, the moon will return to evening sky. Maybe you’ll see it as early as Tuesday, but, if not, and if your sky is clear, you’ll likely see the moon again Wednesday after sunset. Afterwards, as this week progresses, the moon will be waxing toward full … and by the way, the next full moon is 2014’s Harvest Moon. 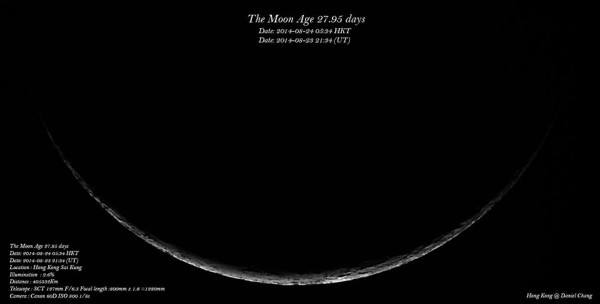 Here’s a close-up of Sunday morning’s moon, by Daniel Chang.

Bottom line: It was a glorious weekend for planet-watching. The moon waned and appeared lower in the east before dawn each day, sweeping past Venus and Jupiter.