Composite image of Milky Way and moon halo – with Venus and Saturn – captured in Mersing, Malaysia before peak of Perseid meteor shower earlier this week. 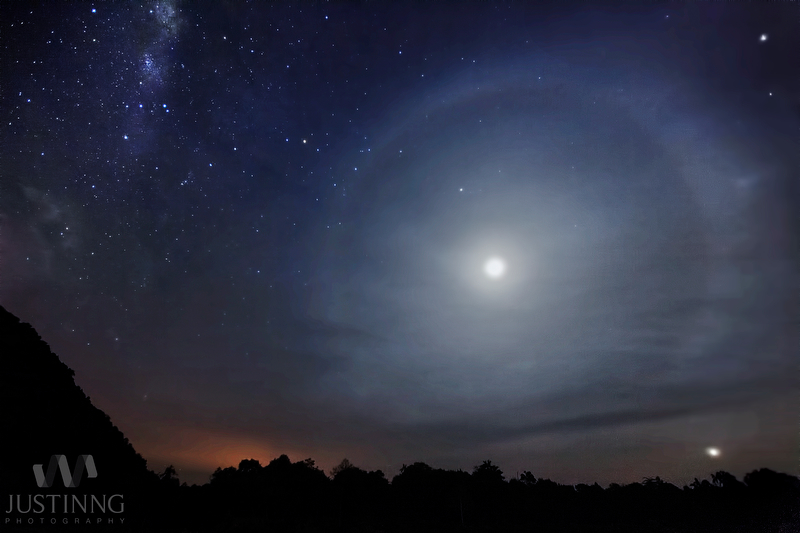 View larger. | Composite image of moon halo and Milky Way on August 13, 2013 by Justin Ng of Singapore, who was waiting to capture meteor images in this year’s Perseid meteor shower. He shot the images for this creation over 12 hours, in Mersing, Malaysia.

Justin Ng of Singapore traveled to Mersing, Malaysia, where he captured and later created this beautiful composite image of a 22-degree halo around the moon and the starlit trail of our home galaxy, the Milky Way. The bright object on the lower right is the planet Venus. You can also see the planet Saturn visible near the top of the moon (there was a Saturn-moon conjunction that night). Plus, in this image, stargazers can pick out the star Arcturus (top right), fourth brightest star in the night sky and brightest light in the constellation Bootes. Justin wrote:

The Milky Way wasn’t really visible at this point, as the sky was still bright [ed. note: from the moon], but as the moon went lower, the Milky Way galaxy became visible gradually. The entire process was filmed as part of my 12-hour timelapse at this location.