People around the world last night saw Jupiter near the moon. One sky … 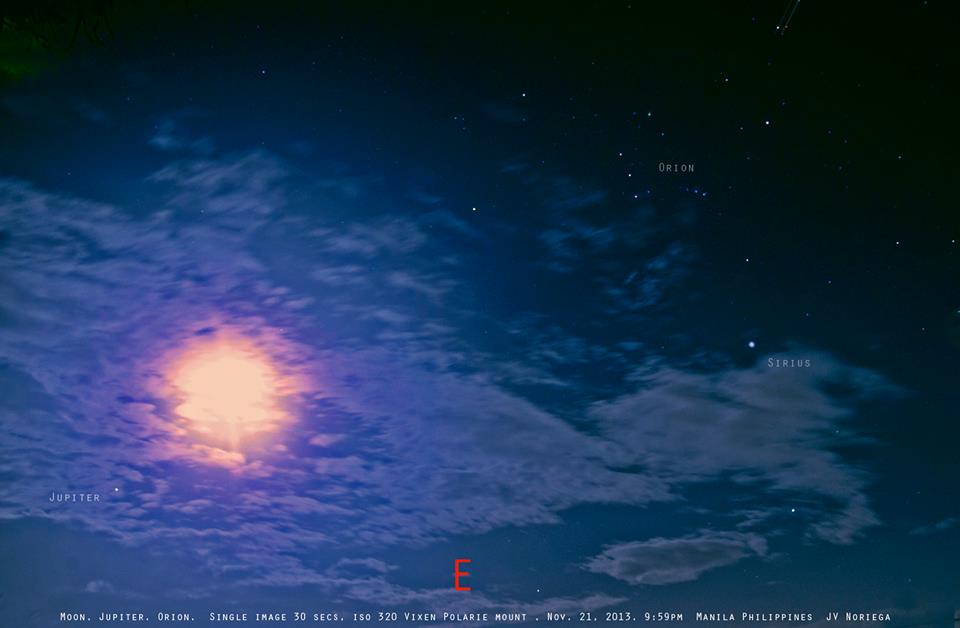 View larger. | Moon, Jupiter and prominent stars as captured by Jv Noriega of Manila, Philippines on November 21, 2013. Jv is a friend on both Facebook and G+. Thank you, Jv!

We hear so often from so many of you that your skies are cloudy. And we encourage you to sneak a peak sometime beyond any possible holes between the clouds! Here’s what Jv Noriega captured between holes in the clouds last night (November 21, 2013) over his home in Manila, Philippines. Notice Jupiter right next to the moon. Both the moon and Jupiter are so bright that they can withstand a bit of cloud.

Jupiter will still be near the moon tonight. Find charts and read more about the view on November 22. 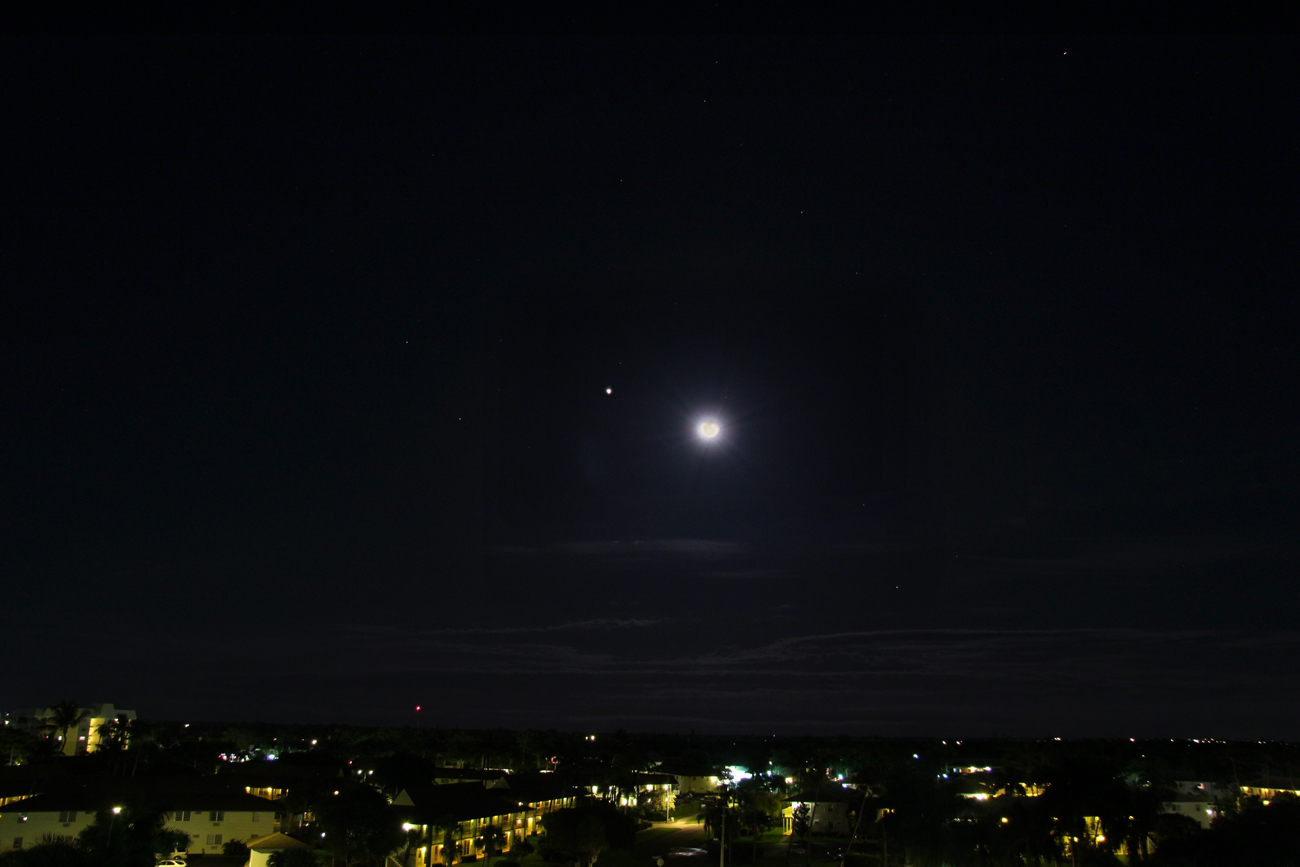 View larger. | About half a day after nightfall in the Philippines on November 21, night fell in Canada. That’s where Brian McGaffney of Nutwood Observatory caught the moon and Jupiter. This image is a composite – 3 images stacked. Thank you, Brian!