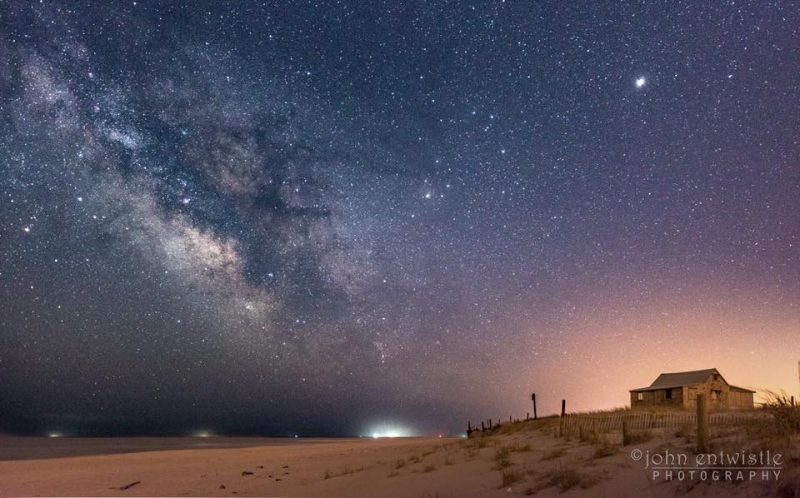 Photographer John Entwistle took this shot early in the morning on April 11, 2018. He told us that the halo over the shack is light pollution from Long Beach Island shore towns.

Judge’s Shack, thought to have been built around 1911, has withstood the test of time and weathered many storms. According to the Judge’s Shack blog:

Fishing shacks once populated the dunes of Island Beach and other barrier islands along the Atlantic Coast. For Island Beach, however, the Judge’s Shack represents the final link to an age when professional people would hob-nob with rude watermen eking out a living in such a littoral setting.