Since National Geographic ran a story on the electric-blue flame of Ijen Volcano, tourism has increased. Seeing the night sky is another reason to go! 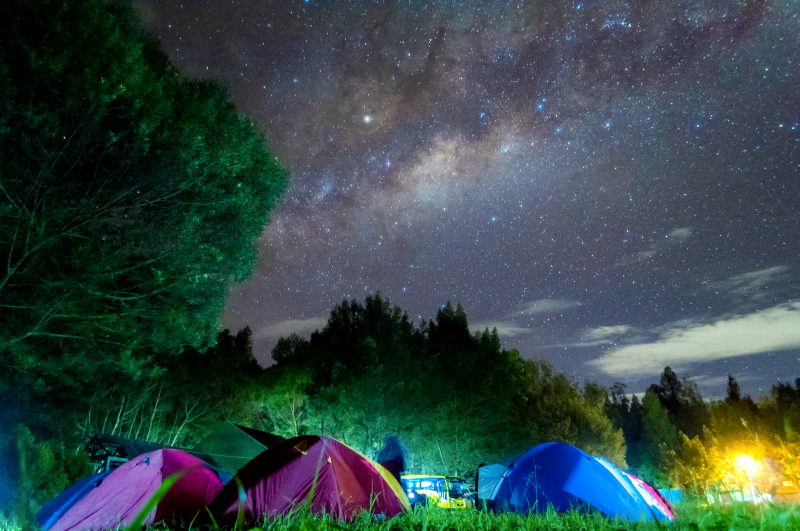 I captured the Milky Way when I traveled to Mount Ijen, Banyuwangi East Java, Indonesia.

Besides its night sky, there’s another reason to travel to this volcano complex. Ijen is known for an electric-blue flame, shown in the photo below. Read about Ijen’s blue flame here. 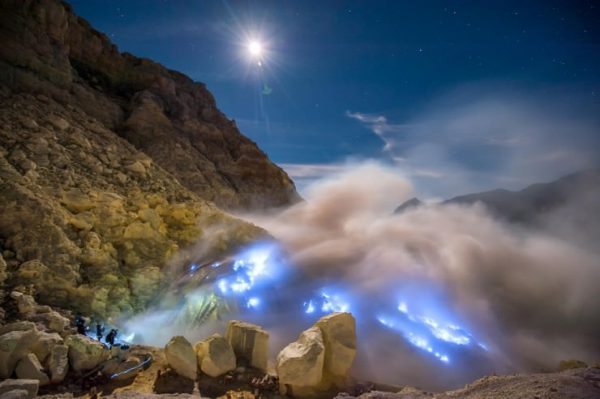 Ijen’s blue flame. It’s not lava. It’s the combustion of sulphuric gases and when they come in contact with the air. The gases ignite, sending the flames up. Some of the gases like you see on this picture condense into liquid sulphur, that why it gives the feeling of lava flowing. Photo via Wanderlust East Java, which also has a lot of background on this phenomenon.