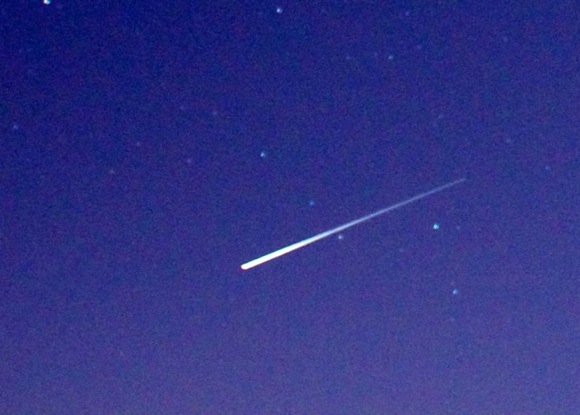 Although the 2013 Perseid meteor shower won’t be at its best until the nights of August 11-12 and/or August 12-13, we’re already getting many reports and images of meteor sightings.

Thanks, Ed Grzyb, for this awesome shot!!