Gravity waves traveling upwards from the lower atmosphere caused this unusual banded structure in airglow above China in late November. 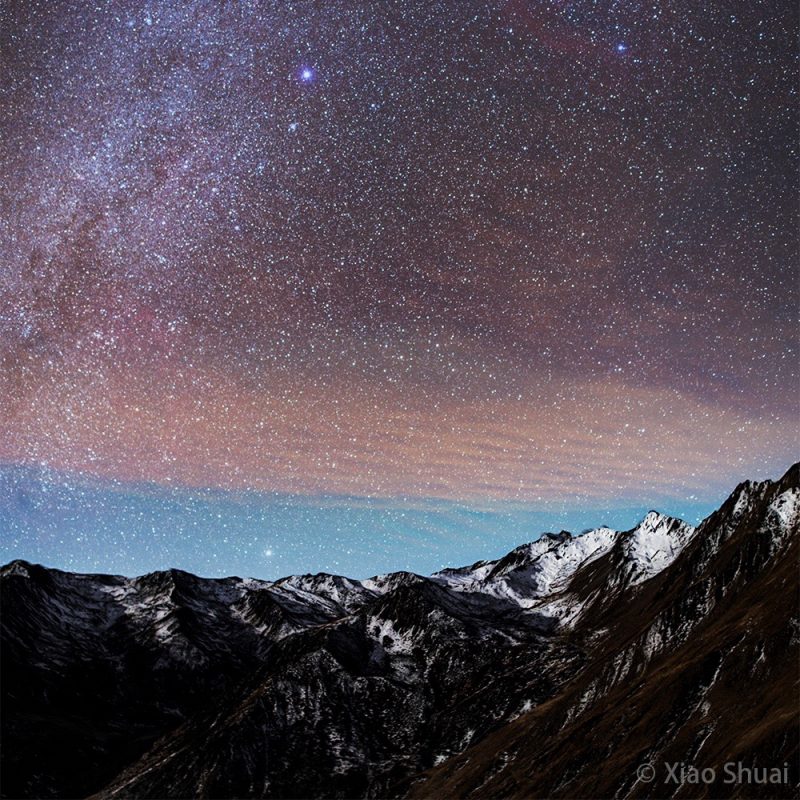 These ripples are high in the upper atmosphere. They’re thought to be caused by gravity waves. Photo copyright 2016 Xiao Shuai. Photo processing by Jeff Dai. Used with permission.

Jeff Dai, who has contributed many beautiful photos to EarthSky, wrote in late November:

A ‘mesospheric bore’ was captured from Mount Balang, Sichuan, China on November 24. The photographer reported seeing it with the unaided eye. The direction of these photos were toward the south, and the foreground mountain was illuminated by the rising moon.

This propagating sudden brightening or darkening of the nightglow followed by a train of waves is called ‘the mesospheric bore.’ It’s a type of undular bore [a wave disturbance in Earth’s atmosphere]. This phenomenon occurs at ~90 km [55 miles] high … Scientists speculate that this phenomenon is caused by atmospheric gravity waves trapped inside a temperature inversion layer.

He also sent a link to the classic scientific paper on the mesospheric bore phenomenon.

Need more on mesospheric bores? Atmospheric Optics has some good info, as always. 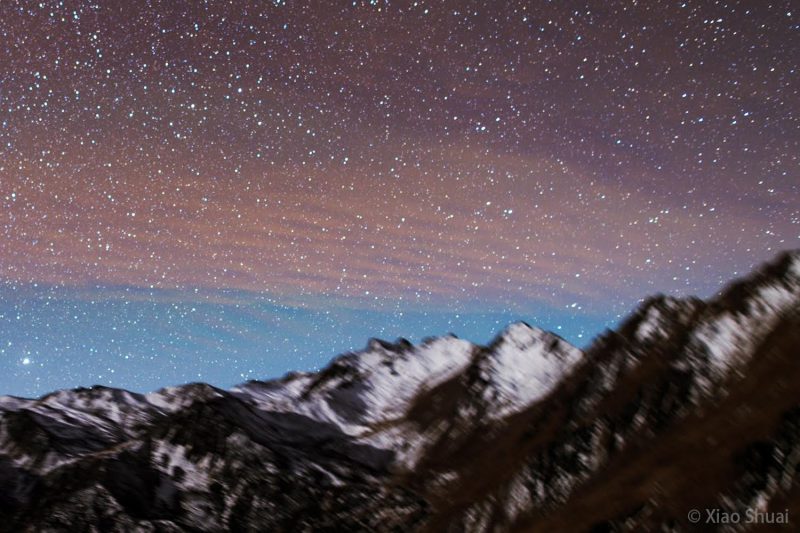 Jeff Dai asked that we add this description of gravity waves, which is from a 2015 research study on the subject:

Gravity waves (disturbances to the density structure of the atmosphere whose restoring forces are gravity and buoyancy) comprise the principal form of energy exchange between the lower and upper atmosphere. Wave breaking drives the mean upper atmospheric circulation, determining boundary conditions to stratospheric pro- cesses, which in turn influence tropospheric weather and climate patterns on various spatial and temporal scales. 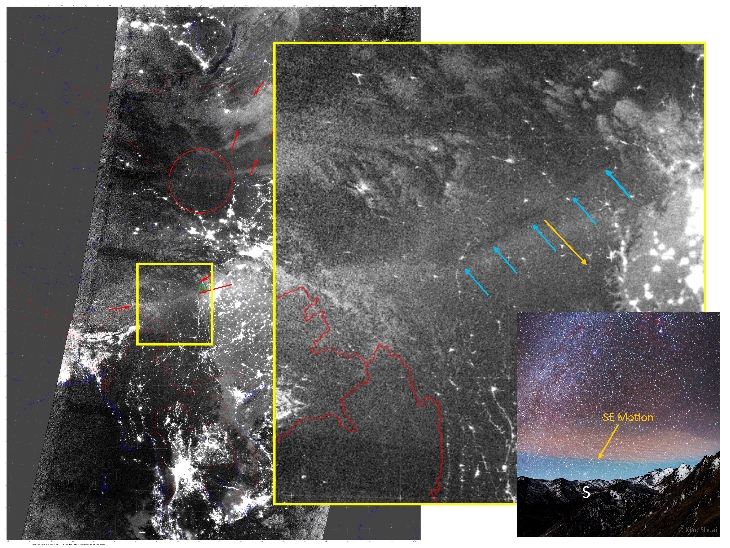 The Day/Night Band (DNB) on the NOAA/NASA Suomi National Polar-orbiting Partnership environmental satellite also recorded the event on 18:45 UTC, or 02:45 local time in Sichuan, China. The preliminary analysis is that the bore was propagating southwards, perpendicular to the axis of the frontal feature. Read more about this image.