The sun’s innermost planet is back in the evening sky. Watch for it in the west, as soon as the sky begins to darken. 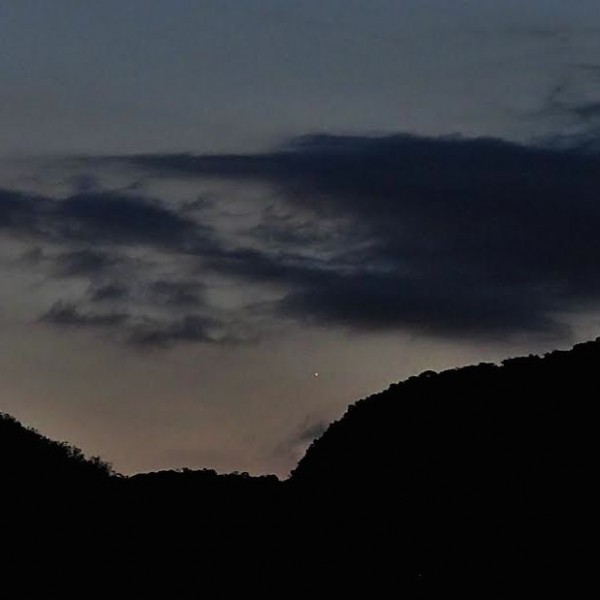 The planet Mercury is back in the evening sky! In fact, it’s lone visible evening planet; the other visible planets appear in the predawn sky (except Saturn, which is officially up before dawn, but probably too close to the sun to be visible now).

Several in the EarthSky community have captured Mercury this week. Helio Calvalho in Brazil caught the photo above. Ken Christison in North Carolina caught the one below. As the evenings pass, Mercury will set later behind the sun. It’ll be setting 80 to 90 minutes after the sun by the year’s end. Binoculars will help out with your Mercury quest. Use them to scan near the sunset horizon.

Mercury reaches its greatest elongation – greatest apparent distance – from the sun on December 28 or 29, 2015 (depending on your timezone). It’ll be well placed for viewing for a few weeks, centered on this date.

By the way, Mercury will swing back into the morning sky on January 14, 2016. Later in the January of 2016, Mercury will join up with the other four morning planets – Jupiter, Mars, Venus and Saturn – to feature the first appearance of all five visible planets in the same sky since the year 2005. 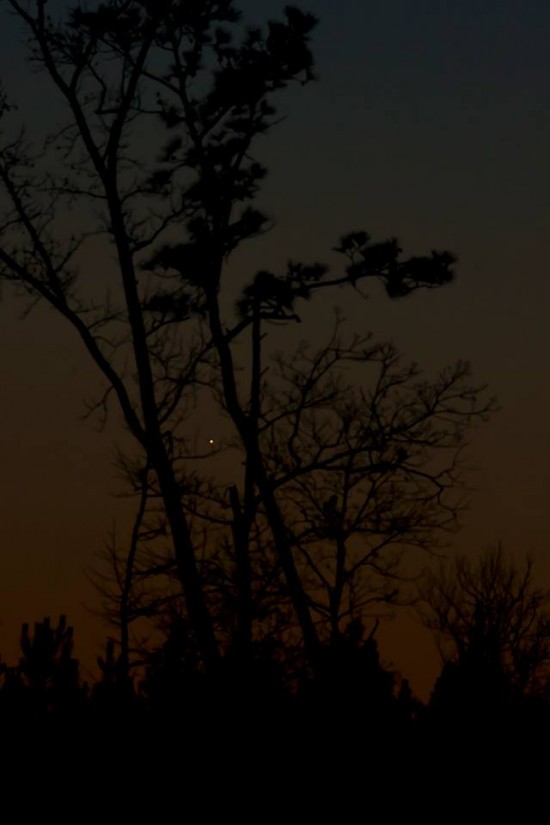 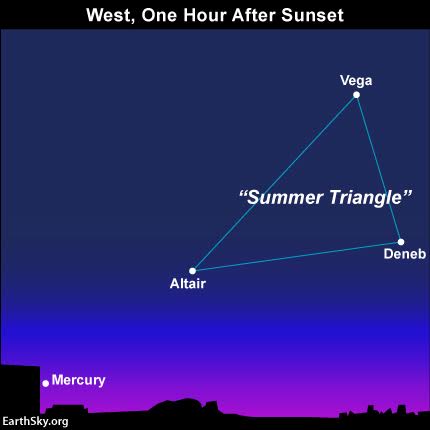 From the Northern Hemisphere, you might be able to use the Summer Triangle to locate Mercury near the horizon in late December. Draw an imaginary line from Vega and through Altair to Mercury. Binoculars could be helpful!

Bottom line: We’re beginning to receive a few photos of Mercury in the December 2015 evening sky. Watch for it through the year’s end in the west after sunset. Photos and a chart, in this post.

When can I see all 5 visible planets simultaneously?