Mercury and Mars barely visible in twilight this past week

Mercury is innermost in our solar system. Mars is one step outward from Earth. These two worlds came together low in our west twilight sky this past week. 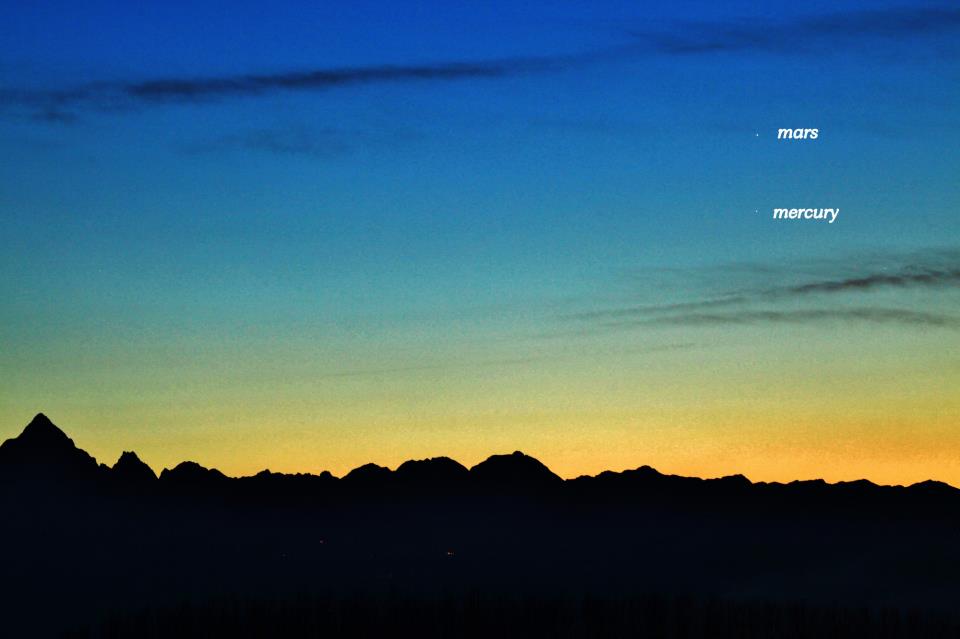 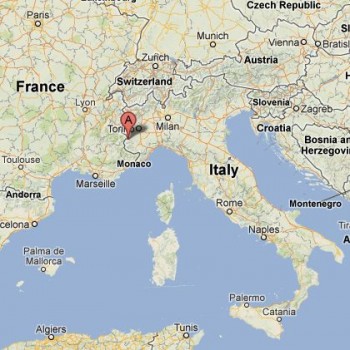 The red A marks the location of Monte Viso, or Monviso, near the border between France and Italy.

EarthSky Facebook friend Marco Mereu captured this image of the planets Mercury and Mars in western twilight this past week. They are seen here over Monte Viso (or Monviso), the highest mountain of the Cottian Alps, located in Italy close to the French border. On the northern slopes of Monte Viso are the headwaters of the Po River.

February sunset over the Po

In this past week, we received many photos of Mars and Mercury as seen from around the world. The two planets were closest on February 8, 2013, the day of their conjunction, when they shared the same right ascension on the sky’s dome (equivalent to longitude on Earth). At conjunction, these two worlds appeared only a fraction of one degree apart, less than the width of your little finger at an arm’s length.