Mercury and Jupiter before dawn

A lucky few caught the Mercury-Jupiter conjunction this week, because these worlds are so near the sunrise. Thank you to all who contributed! 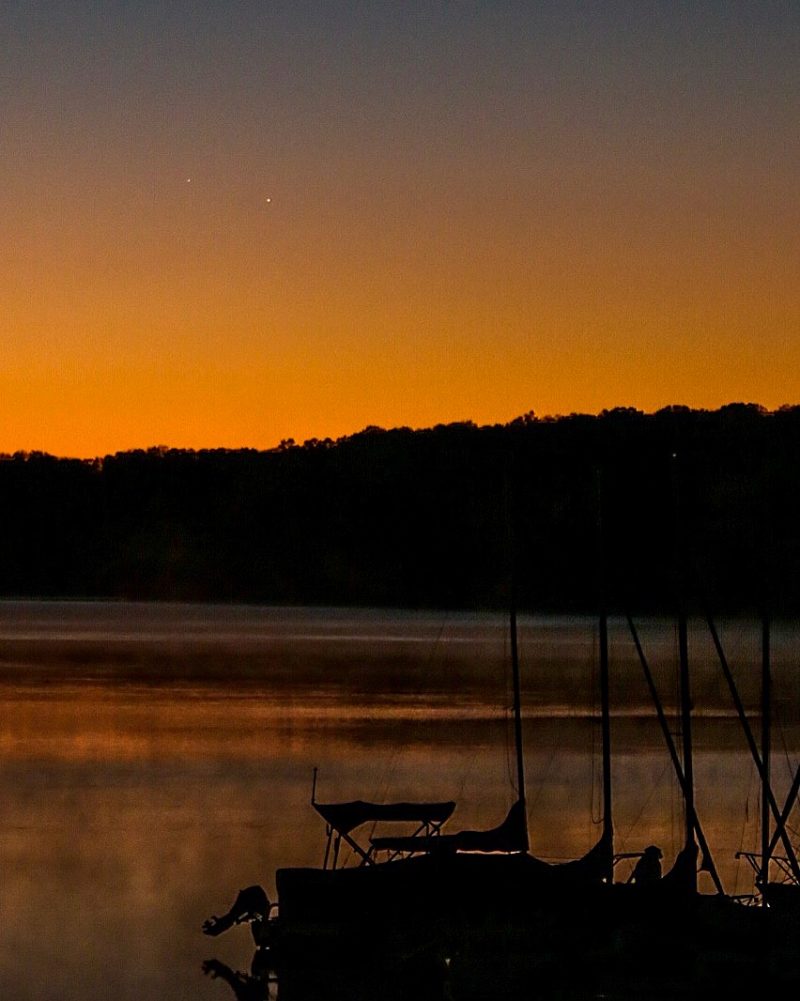 Mercury (l) and Jupiter (r) on October 11, 2016 – the day of their conjunction – as seen from Lake Nockamixon State Park in Pennsylvania by Karl Diefenderfer. 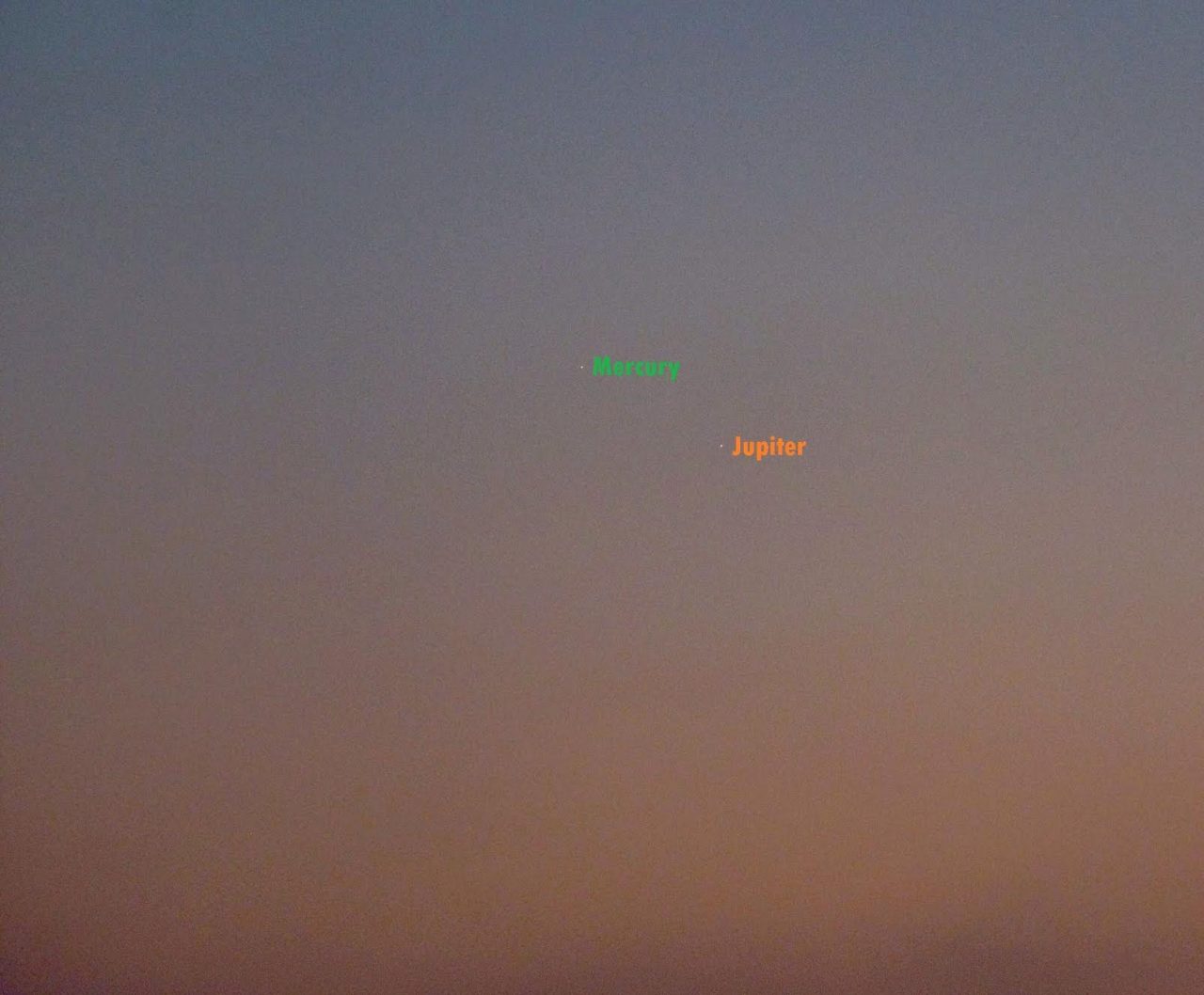 José Luis Ruiz in Almería, Spain caught the pair on the morning of October 11, too. He wrote: “Although there were low clouds to the east there was less mist than yesterday … there is much difference between the brightness of Mercury and Jupiter, with Jupiter bright. Today best day. I saw the two at naked eye, like two little stars …” 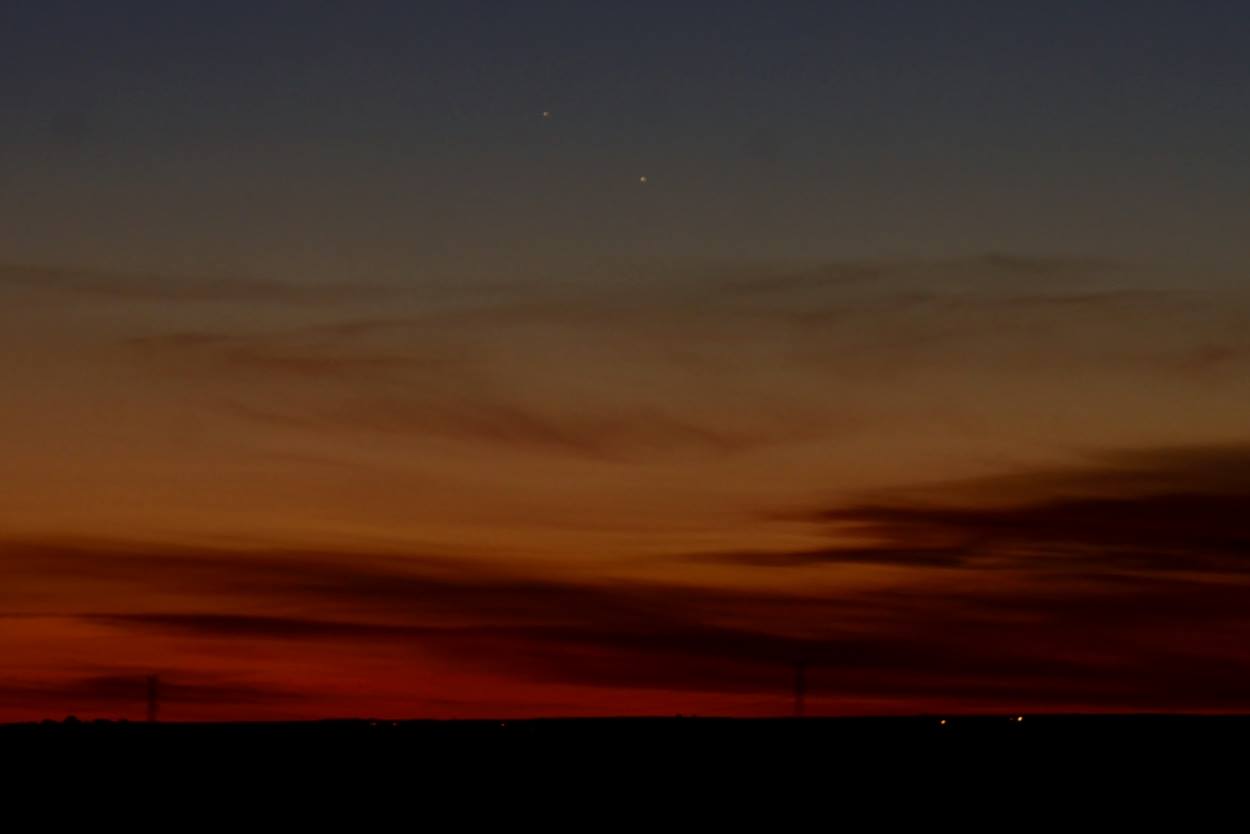 Mercury (l) and Jupiter (r) on the morning of October 11 from Madrid, Spain via our friend Annie Lewis. 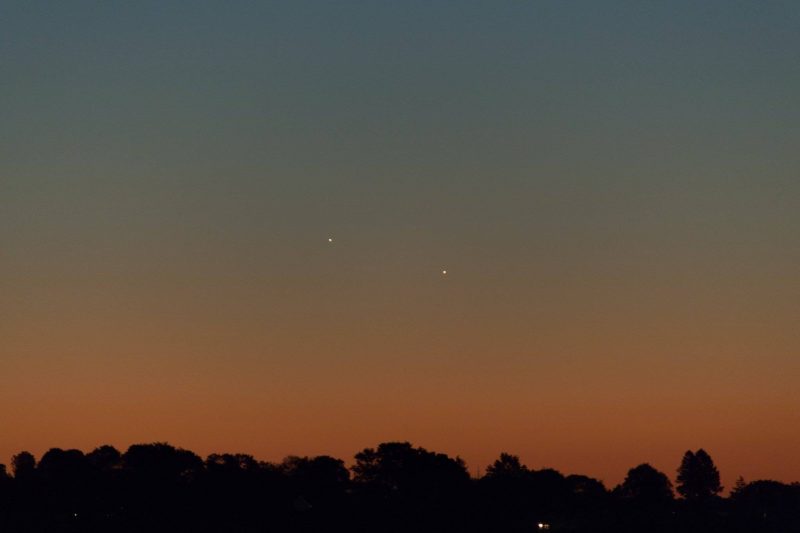 Ed Grzyb caught the pair from Boston on the morning of October 11. 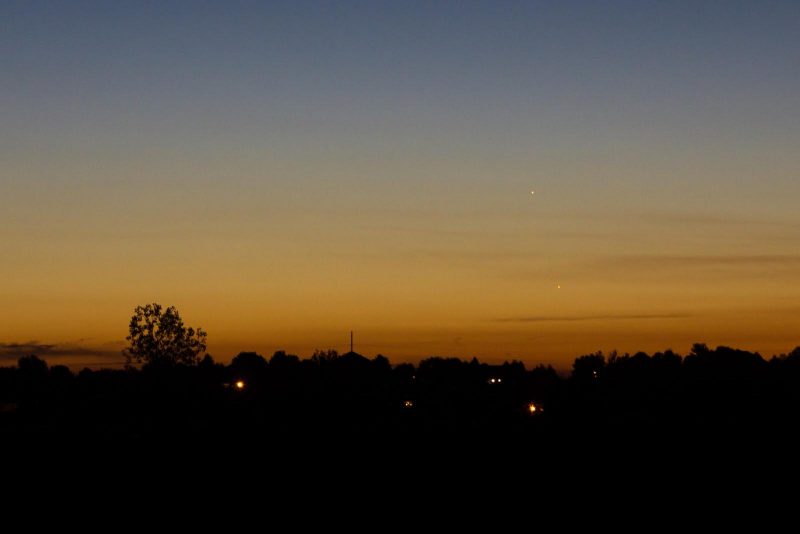 Rod Cerkoney in Ft. Collins, Colorado caught the pair the day before the conjunction, October 10. He wrote: “I could see Mercury naked eye, but is was difficult, as the bright sky washed it out a bit.” On this day, Mercury (which is sinking into the dawn) was above Jupiter (which is climbing out of the dawn).