Mars, Saturn, Antares and the moon

September 8 planets and moon, plus the star Antares. In time-exposure photos like this one, the streaks result from Earth’s spin. 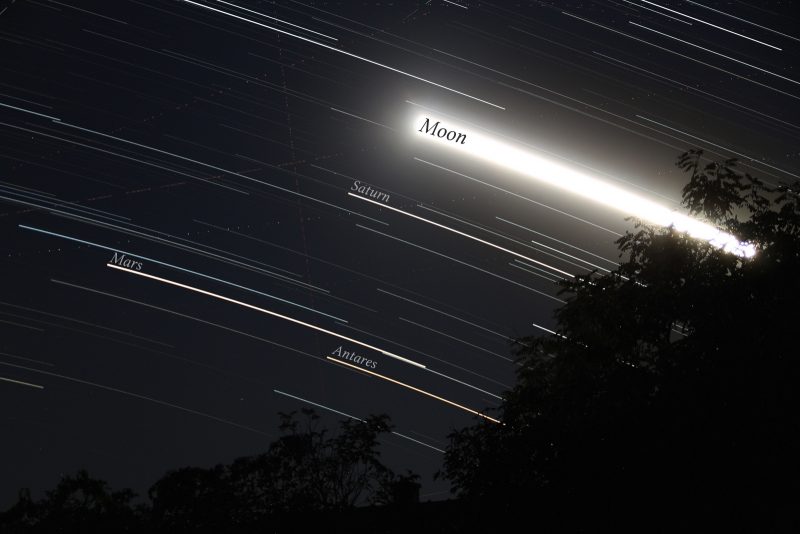 Mars, Saturn, Antares and the moon by Robert Rosenberg.

The moon has been in the vicinity of these three bright sky objects – the planets Mars and Saturn and the star Antares in the constellation Scorpius – for the past couple of nights. This beautiful photo – a version of star trails, but in this case planet- and moon-trails, too – comes from Robert Rosenberg in Adony, Hungary. It’s from the night of September 8, 2016.

On September 9, the moon is near Mars. Find a September 9 chart here.

How can I capture star trails?

By the way, in this image, the streaks are caused by Earth’s spin on its axis, which causes night sky objects to move across the sky (just as the sun moves during the day).

Now here’s another shot of last night’s moon, planets and star … it shows you more what your eye would have seen if you’d looked up last night. 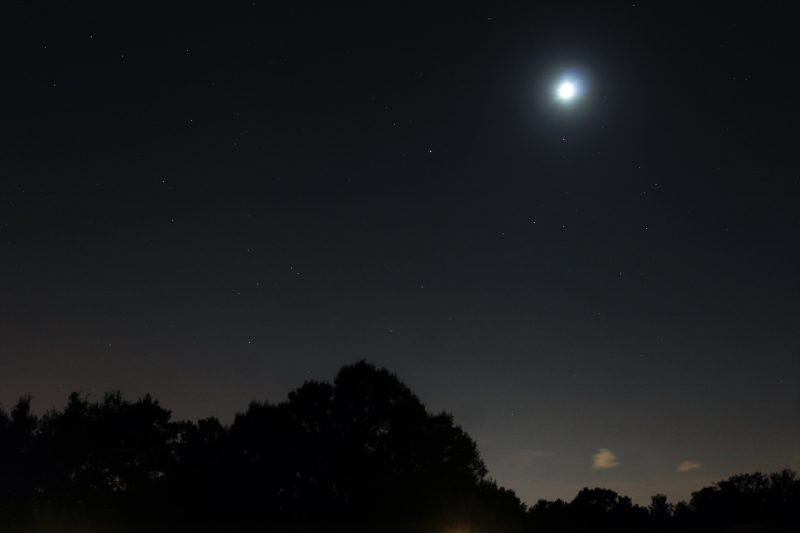 The moon, Saturn, Mars and Antares on September 8 from Michael Holland Sr. in Lakeland, Florida. Thanks, Michael!

Bottom line: Mars, Saturn, star Antares and the moon on the night of September 8, 2016.