Mars moon Phobos in front of sun on August 8

The Curiosity rover on the floor of the Gale Crater caught this image of Mars’ larger moon Phobos passing in front of the sun on August 8, 2014. 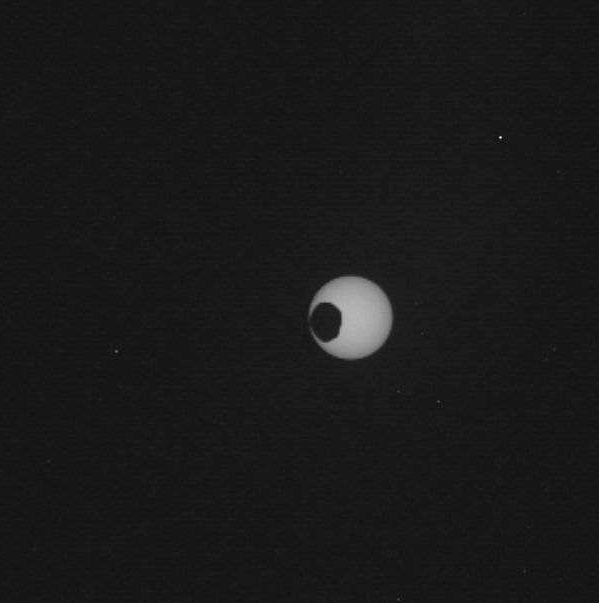 It was Sol 713, or the 713th day since the touchdown of NASA’s Curiosity rover on Mars. According to earthly calendars, it was August 8, 2014. The martian early morning sun was only 17.75 degrees above the eastern horizon, when, from the floor of the Gale Crater, the rover’s 100mm MastCam camera caught Mars’ larger moon Phobos passing in front of the sun.

The sun as viewed from Mars at the time was in front of the constellation of Taurus the Bull.

The large Stickney Crater on Phobos is seen in profile against the sun as the ‘flat’ bit, facing downwards, with Hall Crater on the right hand side of the lumpy, asteroidal moon.