Don’t miss this photo of Phobos

ESA’s Mars Express spacecraft captured this photo of Phobos – the larger of Mars two moons – orbiting in front of its planet. 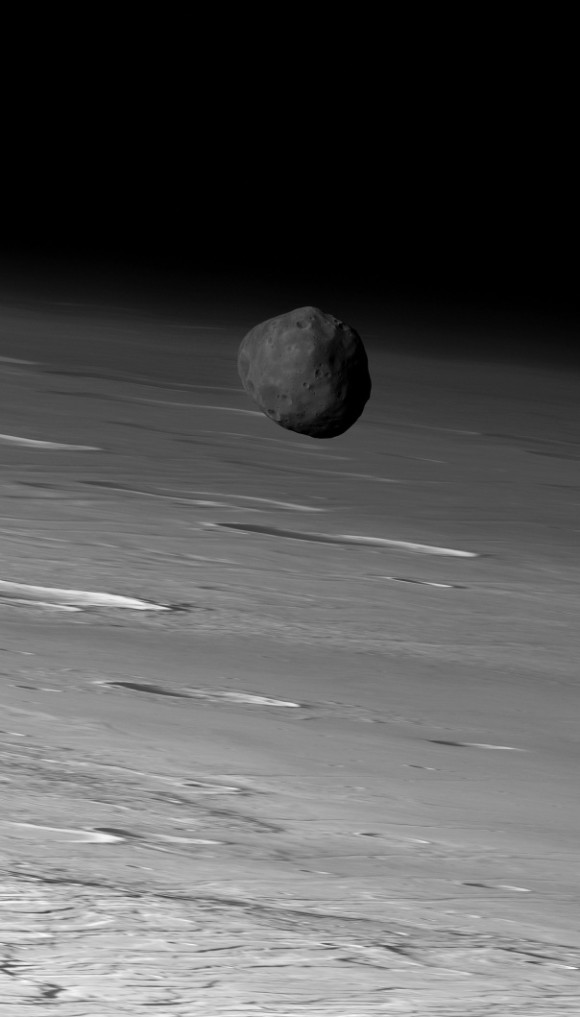 Phobos and Deimos – Fear and Panic – are the two known moons of the red planet Mars. Here is the larger moon, Phobos, which orbits closely above Mars’ surface. ESA’s Mars Express spacecraft acquired this image in 2010.

According to Jason Major, who posted this image in his blog Lights in the Dark, Mars’ surface features appear slightly wavy due to motion of the Mars Express spacecraft’s camera, which gathers data line-by-line rather than as a single full-frame.

Since the Mars Express spacecraft began sending back science data from Mars orbit in early 2004, it has been granted five mission extensions, the latest until 2014. More great images of Phobos from Mars Express here.

A special thank you to Joe Hansen at It’s Okay to be Smart, who linked to this photo from his feed @jtotheizzoe on Twitter last week and helped us find some info. Thanks, Joe!