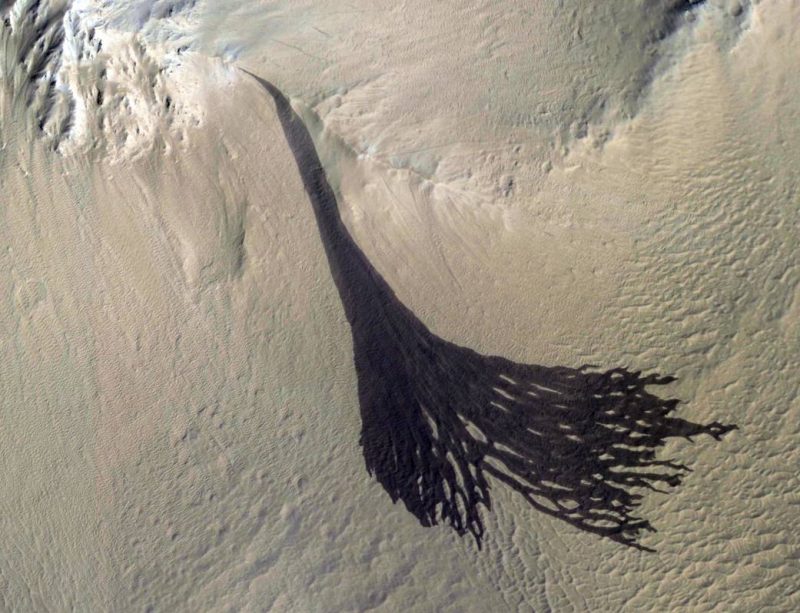 Image of a dust cascades on Mars via NASA/JPL-Caltech/University of Arizona. The scale is 9.8 inches (25 cm) per pixel.

NASA released this image on February 8, 2018, It was taken by the Mars Reconnaissance Orbiter (MRO) spacecraft, which has been orbiting Mars since 2006. The image shows streaks forming on slopes of the Martian surface when dust cascades downhill.

These streaks are often diverted by the terrain they flow down. This one has split into many smaller streaks where it encountered minor obstacles …The dark streak is an area of less dust compared to the brighter and reddish surroundings.

These streaks fade away over decades as more dust slowly settles out of the Martian sky.

Scientists dont know what triggers these avalanches, but suggest it might be related to sudden warming of the planet’s surface, perhaps at times of seasonal change (yes, Mars has four seasons, as Earth does). 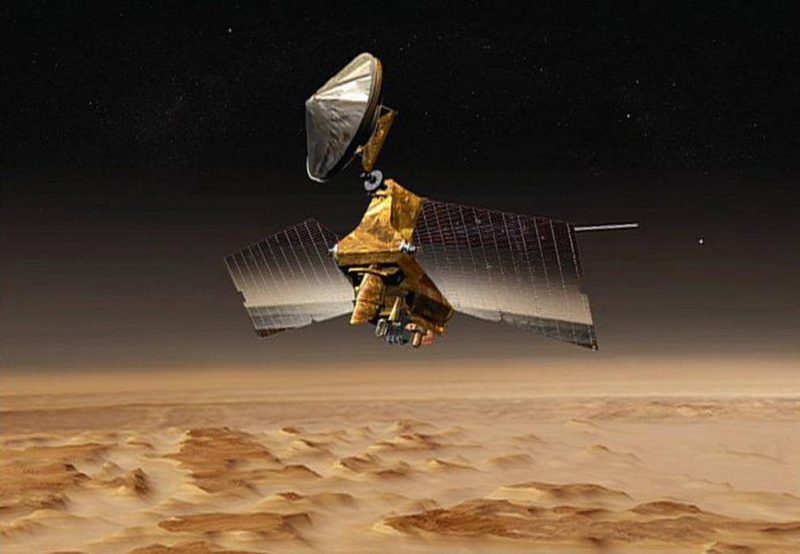 Artist’s concept NASA’s Mars Reconnaissance Orbiter, which has been orbiting Mars for 12 years. In this illustration, the orbiter is seen as passing above a portion of the planet called Nilosyrtis Mensae. Image via NASA/JPL-Caltech.