You need a telescope to see this globular star cluster. But red Mars is easy, still very bright in our sky, up nearly all night. 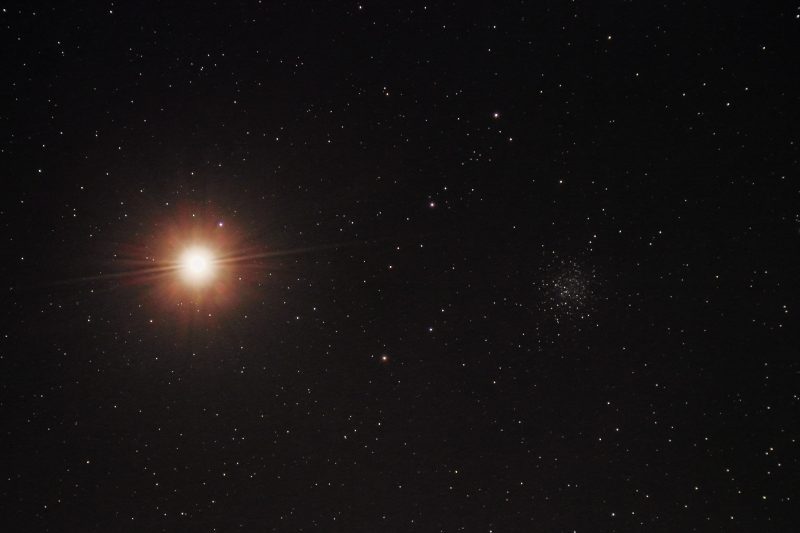 Mars has been bright in our sky this month, since Earth passed between the red planet and the sun on May 22. Kurt Zeppetello in Monroe, Connecticut captured this image on June 23, 2016. He wrote:

For the last few nights Mars has been very close to the globular star cluster NGC 5897 in the constellation of Libra. It is 46,000 light-years from us, and is dim compared to other clusters, but I thought I would try to get both in one shot.

Globular star clusters are like this one are huge, symmetrical clusters of stars (in contrast to open star clusters, such as the Pleiades). They orbit the center of our Milky Way and are among the Milky Way’s most ancient inhabitants. Nearly all are faint to the eye and require a telescope to be seen.

On the other hand, Mars is still very bright in our sky. Check out EarthSky’s guide to the bright planets for more.