Jezero crater on Mars, where the NASA Mars 2020 rover will be exploring. 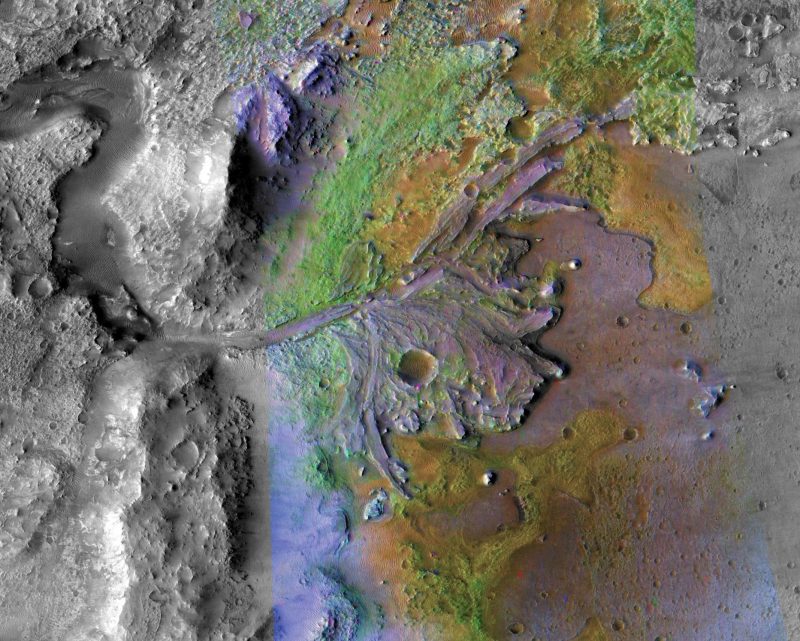 This image was taken by instruments on NASA’s Mars Reconnaissance Orbiter, which regularly takes images of potential landing sites for future missions. Image via NASA/JPL-Caltech/ASU.

This is Jezero crater on Mars, the planned landing site for NASA’s Mars 2020 rover mission. Here’s how NASA described the area:

On ancient Mars, water carved channels and transported sediments to form fans and deltas within lake basins. Examination of spectral data acquired from orbit show that some of these sediments have minerals that indicate chemical alteration by water. Here in Jezero Crater delta, sediments contain clays and carbonates.