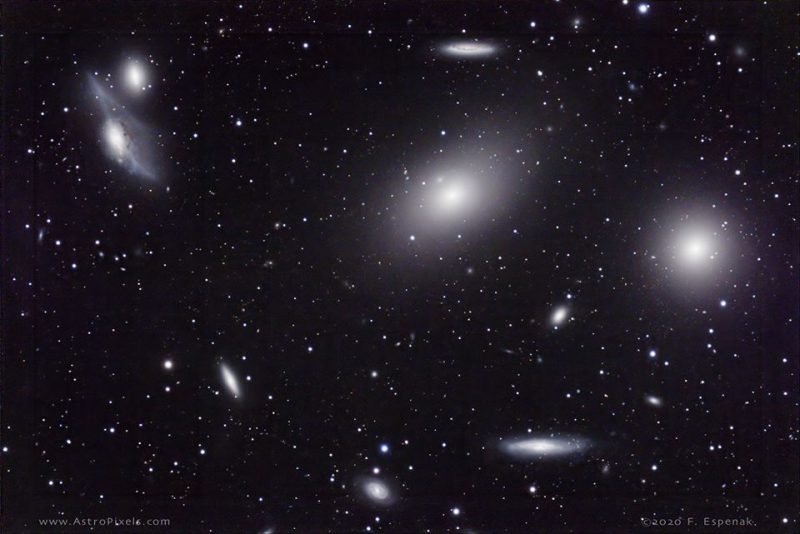 View on Facebook. | Fred Espenak at Dark View Observatory, Portal, Arizona, posted this image to EarthSky Facebook on May 19, 2020. Thank you, Fred!

At the heart of the Virgo Cluster of Galaxies lies a remarkable lineup of galaxies called Markarian’s Chain. This image captures the western end of the chain and features the two large, bright lenticular galaxies, M84 and M86. To the upper left is a pair of interacting galaxies known as The Eyes: NGC 4435 (top) and NGC 4438 (bottom). Dozens of smaller, fainter galaxies are also captured in this vista covering an area of the sky about twice the size of a full moon.

The Virgo Cluster contains over 2,000 galaxies, and has a noticeable gravitational pull on the galaxies of the Local Group of Galaxies surrounding our Milky Way Galaxy. The center of the Virgo Cluster is located about 70 million light-years away toward the constellation of Virgo. At least seven galaxies in the chain appear to move coherently.

This image was shot with an AstroPhysics 130 EDT refractor and a ZWO ASI183MC Pro cooled color CMOS camera. It is a stack of 34 individual 5 minute exposures making the combined exposure of 170 minutes. 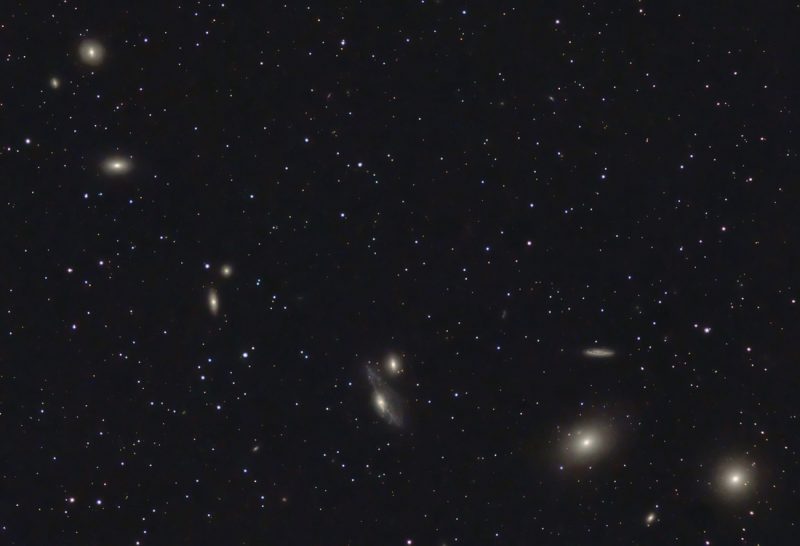 Bottom line: An image of a lineup of galaxies called Markarian’s Chain, part of the Virgo galaxy cluster.