Maybe you didn’t realize Venus can appear as a crescent, much less in rainbow colors? These effects happen when Venus draws near its time of passing between us and the sun, which it will on June 3. 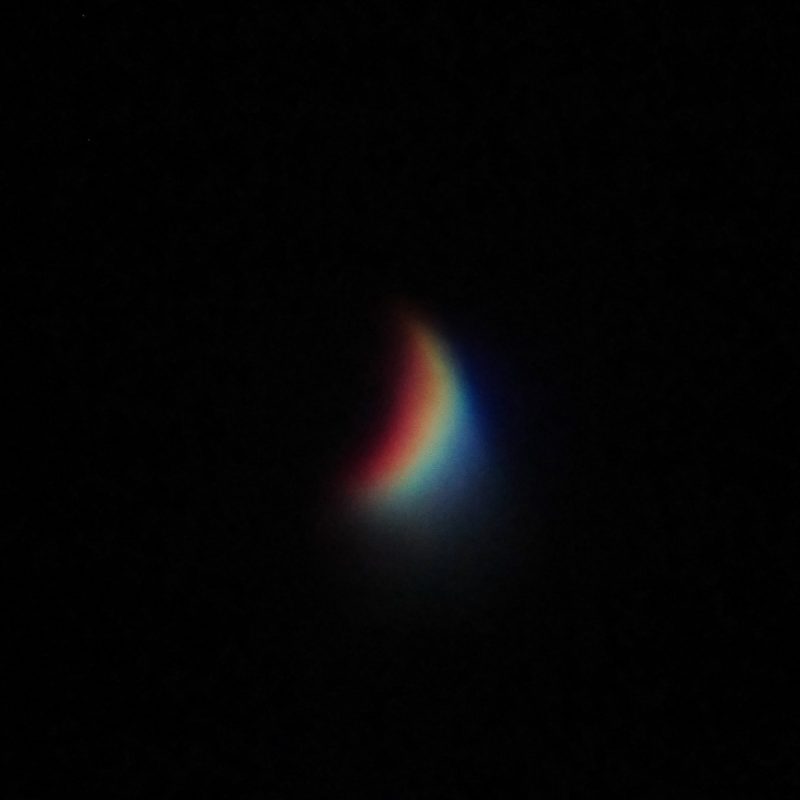 View at EarthSky Community Photos. | Nope, not the moon. It’s a many-colored crescent Venus, captured April 30, 2020 – through a telescope – by our friend Ilija Desic in Belgrade, Serbia. When seen through a telescope now, Venus appears as a crescent, like a tiny crescent moon. The planet will appear to wane to a thinner and thinner crescent throughout May, before passing between us and the sun on June 3. The rainbow-like effect happens when Venus is seen close to the horizon, as it will be, over the coming month, as it prepares to go between us and the sun. Cool photo, Ilija! Thank you.

Why, in the photo above, does Venus show rainbow-like colors? The reason is that Ilija caught Venus when it was low in the sky, where we’re looking at it through a greater thickness of Earth’s atmosphere than when Venus is viewed higher above the horizon. The atmosphere splits the Venus light (really, reflected sunlight) into this colorful array. Les Cowley of the great website Atmospheric Optics told us this morning: